In the Holy Bible, the Book of Joel begins with him describing a literal locust plague. The land of Israel Judah was devastated by a vast horde of locusts. This invasion of locusts destroyed everything—the fields of grain, the vineyards, the gardens and the trees.

The word of the Lord that came to Joel son of Pethuel:

A terrible plague of locusts is followed by a severe famine throughout the land:

The fields are destroyed;
the land grieves;
indeed, the grain is destroyed;
the new wine is dried up;
and the olive oil fails.
Be ashamed, you farmers,
wail, you vinedressers,
over the wheat and the barley,
because the harvest of the field has perished.
The grapevine is dried up,
and the fig tree is withered;
the pomegranate, the date palm, and the apple—
all the trees of the orchard—have withered.
Indeed, human joy has dried up. (Joel 1:10-12)

Beginning in January, 2020, the worst locust outbreak in decades is threatening the world – at an unprecedented scope:

On Friday Keykhosrow Changalvai, Head of Agricultural Jihad Organization of the south-western province of Khuzestan, said the number of locusts is predicted to be seven-fold compared with the attack last year.

“The danger of these locusts is not less than coronavirus,” Changalvai said and added that they will remain in the region at least for the next three months.

Unlike the attack last year, the swarms of locusts that have attacked Iranian regions are immature, officials say, and more damaging as they will eat everything on their way.

The Food and Agriculture Organization of the United Nations (FAO) has placed Iran among the hot spots of the locust crisis along with Eritrea, Sudan Pakistan, Afghanistan, Iraq, Oman, Yemen, Saudi Arabia.

While coronavirus is on everyone’s mind, another plague – of locusts – threatens Africa / The Globe and Mail, March 6, 2020

Unceasing civil war, pestilence, drought, floods, HIV/AIDS, drug-resistant TB, and now – blotting out the sky and eating all of their crops – a horde of locusts. Swarms of relentless desert locusts in their buzzing billions are eating their way across all of eastern Africa.

At least 20 million people, and potentially 13 million more, are going hungry. Millions will starve because clouds of approximately 80 million desert locusts per square kilometre are voracious. In one day they consume wheat, barley, sorghum, or maize crops that feed 35,000 people. Masses the size of cities can consume 1.8 million metric tons of vegetation every day – enough to feed 81 million people.

What is more, an apocalypse of locusts can travel 150 kilometres a day, consuming as they go and leaving no subsistence crops, no cash crops (not even cotton), and no fodder for grazing animals in their wake. Already 40 per cent of Ethiopia’s grain has been eaten, just as it was ready for harvest. South Sudan, finally recovering from a seven-year civil war that forfeited 2 million civilian lives, is losing what little food remains available to villagers. Somalia, beset by continuing civil war between al-Qaeda-linked Islamist terrorists and a U.S.- and Turkish-backed federal government, is almost completely devoid of grazing for sheep and goats – one of the impoverished country’s few sources of protein.

The locust menace has spread into Uganda, Kenya, Tanzania, and the eastern Democratic Republic of Congo, already the scene of Ebola, outbreaks of measles, and steady civil conflagration. These parts of the world have seen nothing like today’s locust numbers and ferocity for at least 70 years. Before then, two-inch-long desert locusts with their black striped thoraxes and insatiable appetites had periodically threatened the British, Belgian, and Italian colonies that preceded today’s nations. But only rarely did the devastation equal what is now occurring, with much larger and more vulnerable local populations at severe risk.

Joel compares the plague of locusts to the Day of the Lord, a day of God’s wrath and judgment. Chapter 2:1-11 is a transitional chapter in which Joel compares the locust plague to an invading army:

Blow the horn in Zion;
sound the alarm on My holy mountain!
Let all the residents of the land tremble,
for the Day of the Lord is coming;
in fact, it is near—
a day of darkness and gloom,
a day of clouds and dense overcast,
like the dawn spreading over the mountains;
a great and strong people appears,
such as never existed in ages past
and never will again
in all the generations to come. 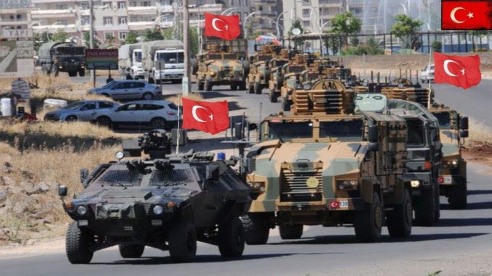 Their appearance is like that of horses,
and they gallop like war horses.
They bound on the tops of the mountains.
Their sound is like the sound of chariots,
like the sound of fiery flames consuming stubble,
like a mighty army deployed for war.

Nations writhe in horror before them;
all faces turn pale.
They attack as warriors attack;
they scale walls as men of war do.
Each goes on his own path,
and they do not change their course.
They do not push each other;
each man proceeds on his own path.
They dodge the arrows, never stopping. (Joel 2:6-8)

The earth quakes before them;
the sky shakes.
The sun and moon grow dark,
and the stars cease their shining.

The Lord raises His voice
in the presence of His army.
His camp is very large;
Those who carry out His command are powerful.
Indeed, the Day of the Lord is terrible and dreadful—
who can endure it? (Joel 2:10-11)

The day of the Lord is a reference not only to a single day, but also to a period of judgment called the Tribulation. This period of intense suffering lasts 7 years. The midway point is called the Great Tribulation, and is highlighted by the invasion of Israel.

Erdogan: Whoever is on Israel’s side, we are against them / Israel National News, July 19, 2019 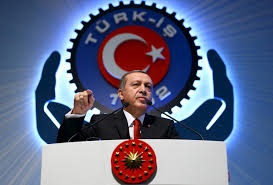 Turkish President Recep Tayyip Erdogan said on Saturday that his country will oppose anyone who supports Israel.

Erdogan made the comments while addressing senior provincial officials from his ruling Justice and Development Party (AKP) in Ankara. He was quoted by Iran’s Press TV.

“Whoever is on the side of Israel, let everyone know that we are against them,” stated Erdogan.

Erdogan added that Turkey will continue to promote the Palestinian cause regardless of efforts to undermine it mainly by supporters of the Israeli regime.

“We do not approve of silence on the state terror that Israel blatantly carries out in Palestine,” said the Turkish president, according to Press TV. 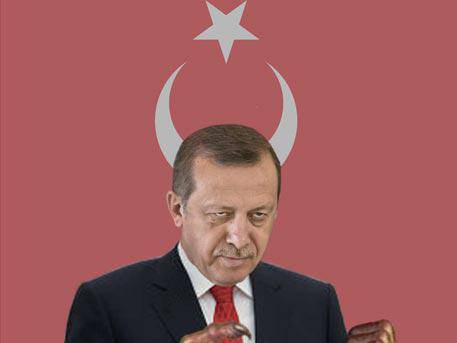 All indications are that Erdogan is going to do everything in his considerable power to “make Turkey great again” and overturn the Ottoman defeat of 1917.

Erdogan will be part of a non-aggression agreement, a firm covenant with Israel, allowing the Third Temple to be built:

He will make a firm covenant
with many for one week,
but in the middle of the week
he will put a stop to sacrifice and offering.
And the abomination of desolation
will be on a wing of the temple
until the decreed destruction
is poured out on the desolator.” (Daniel 9:27)

Jerusalem will be taken over by the Beast because of the apostasy of Israel. If Israel’s history proves anything, it proves how quickly and easily so many people can turn away from obeying the Lord.

Soon after the miracle of the destruction of the invading armies of the Ezekiel 38 war, Israel slips back in a period of apostasy.

During the second half of the 7 year Tribulation, the world is dominated by the Antichrist—one specific person. That is the final manifestation, the final product of the spirit of antichrist. He will be one final, supremely evil, supremely powerful ruler, who will dominate the human race for that brief period. 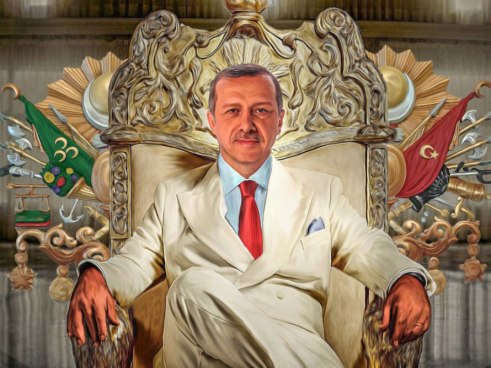 A mouth was given to him to speak boasts and blasphemies. He was also given authority to act for 42 months. He began to speak blasphemies against God: to blaspheme His name and His dwelling—those who dwell in heaven. And he was permitted to wage war against the saints and to conquer them. He was also given authority over every tribe, people, language, and nation. All those who live on the earth will worship him, everyone whose name was not written from the foundation of the world in the book of life of the Lamb who was slaughtered. (Revelation 13:4-8)

Ultimately, the evil nations are brought to judgment:

Yes, in those days and at that time,
when I restore the fortunes of Judah and Jerusalem,
I will gather all the nations
and take them to the Valley of Jehoshaphat.
I will enter into judgment with them there
because of My people, My inheritance Israel.
The nations have scattered the Israelites
in foreign countries
and divided up My land. (Joel 3:1-2)

Let the nations be roused
and come to the Valley of Jehoshaphat,
for there I will sit down
to judge all the surrounding nations.
Swing the sickle
because the harvest is ripe.
Come and trample the grapes
because the winepress is full;
the wine vats overflow
because the wickedness of the nations is great.

Multitudes, multitudes
in the valley of decision!
For the Day of the Lord is near
in the valley of decision.
The sun and moon will grow dark,
and the stars will cease their shining.
The Lord will roar from Zion
and raise His voice from Jerusalem;
heaven and earth will shake.
But the Lord will be a refuge for His people,
a stronghold for the Israelites. (Joel 3:12-16)

The Valley of Jehoshaphat is also known as Armageddon, a place that is to be the focal point of a world conflict where the nations will be gathered for war. The meaning of the word Armageddon is “a heap of sheaves in a valley for judgement.”

Then I saw the beast, the kings of the earth, and their armies gathered together to wage war against the rider on the horse and against His army. But the beast was taken prisoner, and along with him the false prophet, who had performed the signs in his presence. He deceived those who accepted the mark of the beast and those who worshiped his image with these signs. Both of them were thrown alive into the lake of fire that burns with sulfur. The rest were killed with the sword that came from the mouth of the rider on the horse, and all the birds were filled with their flesh. (Revelation 19:19-21)

The Book of Joel gives us an overview of the entire Tribulation – from the plague of locusts to Armageddon. In the end, Israel is blessed. The last picture is of Jerusalem in the end of days experiencing a time of complete peace, a peace that will spread out to everyone as it becomes a house of prayer for all nations:

Then you will know
that I am Yahweh your God,
who dwells in Zion, My holy mountain.
Jerusalem will be holy,
and foreigners will never overrun it again.

In that day
the mountains will drip with sweet wine,
and the hills will flow with milk.
All the streams of Judah will flow with water,
and a spring will issue from the Lord’s house,
watering the Valley of Acacias.

Egypt will become desolate,
and Edom a desert wasteland,
because of the violence done to the people of Judah
in whose land they shed innocent blood.

But Judah will be inhabited forever,
and Jerusalem from generation to generation.
I will pardon their bloodguilt,
which I have not pardoned,
for the Lord dwells in Zion. (Joel 3:17-21)