So he said to the people of Judah, “Let’s build these cities and surround them with walls and towers, with doors and bars. The land is still ours because we sought the Lord our God. We sought Him and He gave us rest on every side.” So they built and succeeded. (2 Chronicles 14:7)

Border wall construction plows through southwestern US undeterred by COVID-19 / ABC News, May 13, 2020 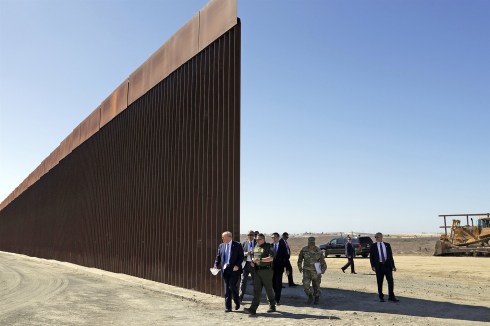 In meetings with U.S. Customs and Border Protection officials in the southwest, Secretary of Homeland Security Chad Wolf said the wall was more essential than ever in the fight against coronavirus.

“It allows them to move resources to other areas of the border that are very difficult to control,” Wolf said told reporters Wednesday in Tucson, Arizona.

Crews in the Tucson region have more than doubled the amount of slatted steel barriers since the early days of the pandemic with about 17 miles built along the border line in the area, according to two Customs and Border Protection officials.

“I think the administration has been very clear on this front, which is border security is national security and Homeland Security, and so we’re going to secure that border every way we can,” Secretary Wolf said before continuing on to California for more Border Patrol meetings.

Between the physical barriers, security is provided by a “virtual fence” of sensors, cameras, and other surveillance equipment used to dispatch United States Border Patrol agents to suspected migrant crossings. In May 2011, the Department of Homeland Security stated that it had 649 miles (1,044 km) of barriers in place. The total length of the continental border is 1,954 miles (3,145 km).

Nations have built walls to keep others out for thousands of years. 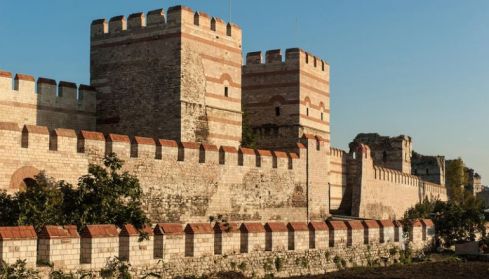 The ancient human need for security is one of the fundamentals of life and has to be achieved before we can achieve other things. It was walls that gave people the security to sit and think. It’s hard to imagine a novel being written in a world in which every man is a warrior. Until a society achieves security, it can’t think about anything except the dangers all around it. As a consequence its culture will be limited.

The ancient walls were built primarily for defensive purposes. Nowadays, they are built more to prevent immigration, terrorism, or the flow of illegal drugs.

The first walls were city walls and they originated with the very first cities, like Jericho, the city of the Bible, which was first constructed sometime in the tenth millennium B.C., as many as 12,000 years ago. It was a walled city and, subsequently, nearly all cities in the ancient world were walled. 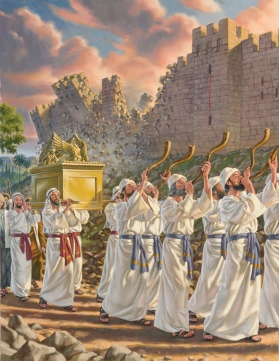 The first border walls aren’t found until the late 2000s B.C., in Mesopotamia. Security is why they were built. There were two different lifestyles developing: a lifestyle of the people I call wallers, who are workers who build things and identify themselves by their civilian occupations. They sought to secure themselves by building structures that would protect them even when they were sleeping at night. Outside the walls, you have a very different sort of society, people inured to the dangers of living in an un-walled world. Non-wallers were peoples we generally refer to historically as barbarians, like the Huns, the Goths, or the Mongols. They were viewed with fear by the wall-builders. And that’s what inspired the construction of the early walls.

The first border walls ever constructed were fortifications against invading Syrians. Today, we’re seeing the same thing in Turkey, Hungary, Bulgaria, and across southern Europe, because of mass emigration and fear of terrorism. We’re even seeing walls in Saudi Arabia, India, Tunisia, Libya, Jordan, and Ecuador. All around the world countries are building walls. In all, over 70 different countries have fortified their borders. 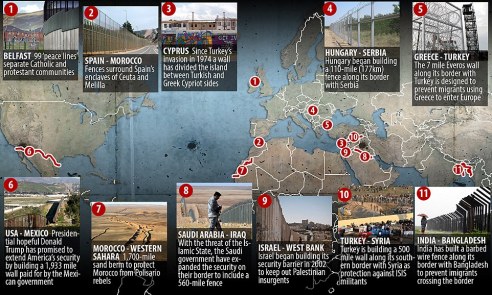 Among a few truths in international relations is that you cannot expect sustainable economic development and reconstruction in an unstable or conflictual environment. The first order of business is always security. Building border walls represent a minimum—the simplest, lowest-cost solution to a problem people want solved.

Who could be against such a simple solution? 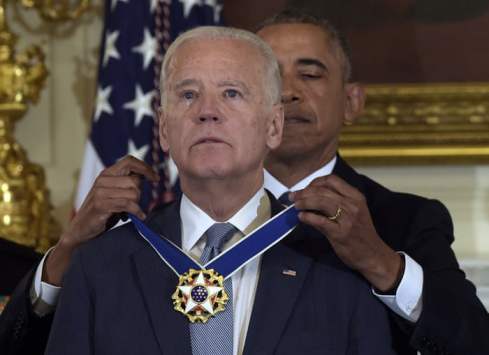 Former vice president and Democratic candidate Joe Biden on Wednesday unveiled proposals that include new protections for immigrants and increased foreign aid that he would pursue as president, drawing a sharp contrast with President Donald Trump.

The policy plans distributed by Biden’s campaign do not include funding for a wall along the U.S.-Mexico border championed by Trump.

Why do left and right signal different ends of the political spectrum on something as basic as border security?

The fundamental differences between left-wing socialism and right-wing conservatism ideologies center around their beliefs. The political right generally believe that Christian doctrine, such as the 10 Commandments, should play a role in government. According to them, the government should abide by the Bible when it comes to social issues like abortion and gay marriage.

A significant portion on the left identify themselves as atheist or agnostic. People on the left strongly believe in a secular government and the separation of church and state.

This core difference between Christian and atheist directly effects what they are for and against: 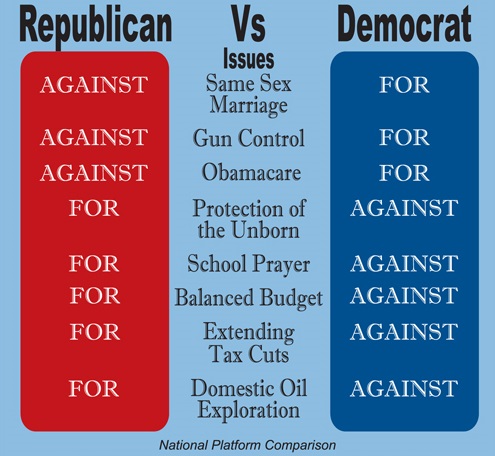 Because socialism is a fight against basic human nature, it requires brute force in the attempt to reach its goals.

People on the right believe that the best outcome for society is achieved when individual rights and civil liberties are paramount and the role — and especially the power — of the government is minimized.

The best warning about socialism comes from Aesop, who said, “Those who voluntarily put power into the hands of a tyrant … must not wonder if it be at last turned against themselves.”

Stalin’s campaign didn’t mention that he would enact policies that would lead to the slaughter of 62 million people in the Soviet Union between 1917 to 1987. 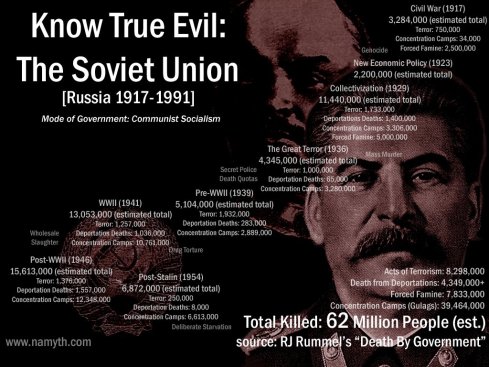 Mao Zedong didn’t mention that his People’s Republic of China would engage in brutal acts that would lead to the loss of 76 million lives at the hands of the government from 1949 to 1987. 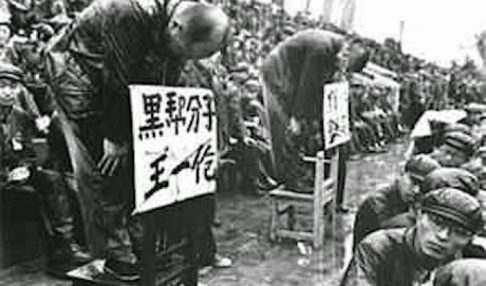 When a society turns against the Lord and toward Utopian socialist fantasies, that nation is doomed. Their destruction is only a matter of time. Like Sodom and Gomorrah, the United States is reaching that critical point now.

I searched for a man among them who would repair the wall and stand in the gap before Me on behalf of the land so that I might not destroy it, but I found no one. (Ezekiel 22:30) 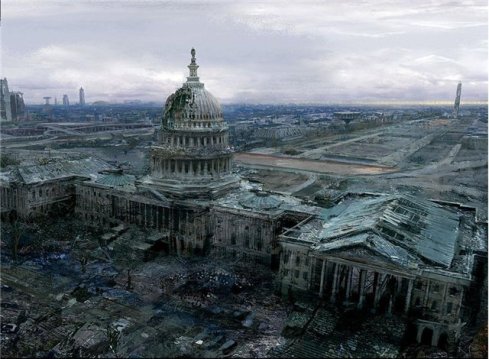 After the Christians are Raptured, the “Left Behind” experience the wrath of God, that begins the 7 year Tribulation:

Then I saw the Lamb open one of the seven seals, and I heard one of the four living creatures say with a voice like thunder, “Come!” I looked, and there was a white horse. The horseman on it had a bow; a crown was given to him, and he went out as a victor to conquer. 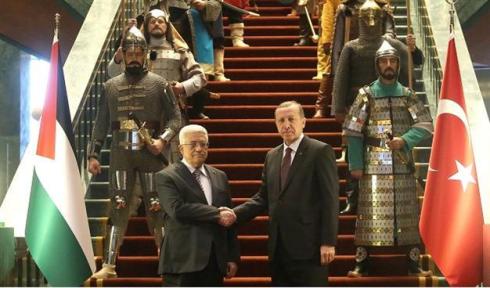 When He opened the second seal, I heard the second living creature say, “Come!” Then another horse went out, a fiery red one, and its horseman was empowered to take peace from the earth, so that people would slaughter one another. And a large sword was given to him.

When He opened the third seal, I heard the third living creature say, “Come!” And I looked, and there was a black horse. The horseman on it had a set of scales in his hand. Then I heard something like a voice among the four living creatures say, “A quart of wheat for a denarius, and three quarts of barley for a denarius—but do not harm the olive oil and the wine.” 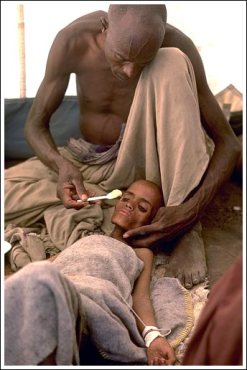 When He opened the fourth seal, I heard the voice of the fourth living creature say, “Come!”And I looked, and there was a pale green horse. The horseman on it was named Death, and Hades was following after him. Authority was given to them over a fourth of the earth, to kill by the sword, by famine, by plague, and by the wild animals of the earth. 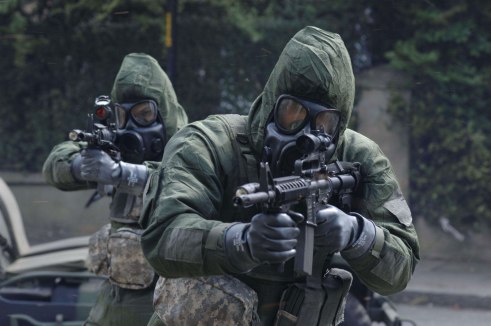 This is only the start of the first 3 1/2 years of the Tribulation, and already the world is dealing with global war, famine, plague, and dangerous animals. 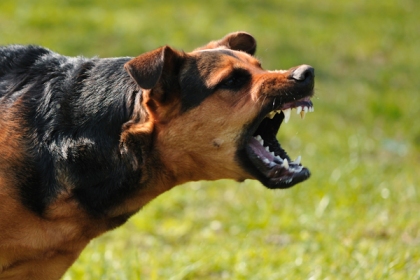 Throughout history, these 4 horsemen (war, famine, plague, and dangerous animals) have always been associated with wrath:

The word of the Lord came to me: “Son of man, if a land sins against Me by acting faithlessly, and I stretch out My hand against it to cut off its supply of bread, to send famine through it, and to wipe out both man and animal from it, even if these three men—Noah, Daniel, and Job—were in it, they would deliver only themselves by their righteousness.” This is the declaration of the Lord God.

“If I allow dangerous animals to pass through the land and depopulate it so that it becomes desolate, with no one passing through it for fear of the animals, even if these three men were in it, as I live”—the declaration of the Lord God—“they could not deliver their sons or daughters. They alone would be delivered, but the land would be desolate.

“Or if I bring a sword against that land and say: Let a sword pass through it, so that I wipe out both man and animal from it, even if these three men were in it, as I live”—the declaration of the Lord God—“they could not deliver their sons or daughters, but they alone would be delivered.

“Or if I send a plague into that land and pour out My wrath on it with bloodshed to wipe out both man and animal from it, even if Noah, Daniel, and Job were in it, as I live”—the declaration of the Lord God—“they could not deliver their son or daughter. They would deliver only themselves by their righteousness.

“For this is what the Lord God says: How much worse will it be when I send My four devastating judgments against Jerusalem—sword, famine, dangerous animals, and plague—in order to wipe out both man and animal from it! (Ezekiel 14:12-21)

The rescue of the righteous and the wrath to the wicked is coming soon!