The Book of Job addresses the problem of the justice of God in the light of humanity’s suffering. It is one of the most celebrated pieces of biblical literature, not only because it explores some of the most profound questions humans ask about their lives, but also because it was extremely well written.

Job lived during the time of the patriarchs, approximately 2100 to 1900 BC. His long lifespan generally corresponded to that of Terah (Abraham’s father). Job was a wealthy man living in a land called Uz with his large family and extensive flocks. He was “blameless” and “upright,” always careful to avoid doing evil.

One day, Satan (“the Adversary”) appeared before God in heaven. God boasted to Satan about Job’s goodness, but Satan argued that Job was only good because God has blessed him abundantly. Satan challenged God that, if given permission to punish the man, Job would turn and curse God. God allowed Satan to torment Job to test this bold claim, but he forbid Satan to take Job’s life in the process.

Unknown to Job or Job’s friends, God and Satan did in fact view Job as “blameless and upright.” This contrast shows the folly of the three friends who ignored Job’s pain while purporting to encourage him. The interaction also shows the folly of trying to understand God’s ways. The three friends and Job had a serious theological conversation about a situation that actually was a battle between God and Satan. The fault of Job and his friends was in trying to explain the nature of God with only the limited information available to human knowledge.

In Chapter 38, the Lord finally makes His appearance to Job, and talks to him directly:

Then the Lord answered Job from the whirlwind. He said:

Who is this who obscures My counsel
with ignorant words?
Get ready to answer Me like a man;
when I question you, you will inform Me.
Where were you when I established the earth?
Tell Me, if you have understanding.
Who fixed its dimensions? Certainly you know!
Who stretched a measuring line across it?
What supports its foundations?
Or who laid its cornerstone
while the morning stars sang together
and all the sons of God shouted for joy? (Job 38:1-7)

Can you fasten the chains of the Pleiades
or loosen the belt of Orion?
Can you bring out the constellations in their season
and lead the Bear and her cubs?
Do you know the laws of heaven?
Can you impose its authority on earth? (Job 38: 31-33)

Who put wisdom in the heart
or gave the mind understanding? (Job 38: 36)

After the Lord is finished with His discourse, Job is humbled:

Then Job replied to the Lord:

I know that You can do anything
and no plan of Yours can be thwarted.
You asked, “Who is this who conceals My counsel with ignorance?”
Surely I spoke about things I did not understand,
things too wonderful for me to know. (Job 42: 1-6) 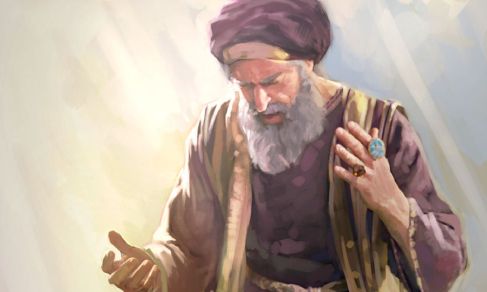 There is no doubt that most of the world is suffering with crisis fatigue from the biggest public health crisis in a century, the worst economic downturn in generations and the largest civil unrest since the 1960s. The narrative of the media is driven by a global “Deep State” leftist clandestine network.

These nonelected government officials and private entities control almost everything you see and read, and run state policy behind the scenes, while the democratically-elected officials are merely figureheads. They live to create a One World reset to usher in their utopian New Age. Their plan is total control, and few can see it.

In these desperate times of suffering, it would be prudent to follow Job’s example of humility. There is so much we simply do not have the capacity to understand, but the Lord is in control!

We only know our point of view, and need a larger perspective. We need the Big Story:

Praise the God and Father of our Lord Jesus Christ, who has blessed us in Christ with every spiritual blessing in the heavens. For He chose us in Him, before the foundation of the world, to be holy and blameless in His sight. In love He predestined us to be adopted through Jesus Christ for Himself, according to His favor and will, to the praise of His glorious grace that He favored us with in the Beloved.

We have redemption in Him through His blood, the forgiveness of our trespasses, according to the riches of His grace that He lavished on us with all wisdom and understanding. He made known to us the mystery of His will, according to His good pleasure that He planned in Him for the administration of the days of fulfillment—to bring everything together in the Messiah, both things in heaven and things on earth in Him. 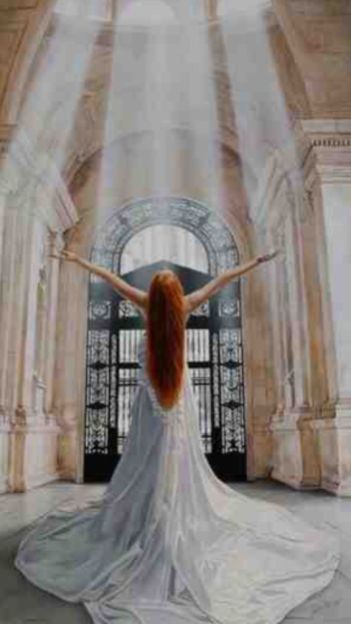 We have also received an inheritance in Him, predestined according to the purpose of the One who works out everything in agreement with the decision of His will, so that we who had already put our hope in the Messiah might bring praise to His glory. When you heard the message of truth, the gospel of your salvation, and when you believed in Him, you were also sealed with the promised Holy Spirit. He is the down payment of our inheritance, for the redemption of the possession, to the praise of His glory. (Ephesians 1:3-14) 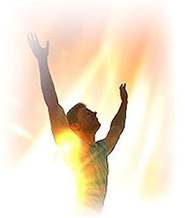 I pray that the God of our Lord Jesus Christ, the glorious Father, would give you a spirit of wisdom and revelation in the knowledge of Him. I pray that the perception of your mind may be enlightened so you may know what is the hope of His calling, what are the glorious riches of His inheritance among the saints, and what is the immeasurable greatness of His power to us who believe, according to the working of His vast strength.

He demonstrated this power in the Messiah by raising Him from the dead and seating Him at His right hand in the heavens— far above every ruler and authority, power and dominion, and every title given, not only in this age but also in the one to come. And He put everything under His feet and appointed Him as head over everything for the church, which is His body, the fullness of the One who fills all things in every way. (Ephesians 1:17-23)

And you were dead in your trespasses and sins in which you previously walked according to the ways of this world, according to the ruler who exercises authority over the lower heavens, the spirit now working in the disobedient.

We too all previously lived among them in our fleshly desires, carrying out the inclinations of our flesh and thoughts, and we were by nature children under wrath as the others were also. But God, who is rich in mercy, because of His great love that He had for us, made us alive with the Messiah even though we were dead in trespasses. You are saved by grace!

Together with Christ Jesus He also raised us up and seated us in the heavens, so that in the coming ages He might display the immeasurable riches of His grace through His kindness to us in Christ Jesus. For you are saved by grace through faith, and this is not from yourselves; it is God’s gift— not from works, so that no one can boast. For we are His creation, created in Christ Jesus for good works, which God prepared ahead of time so that we should walk in them.

So then, remember that at one time you were Gentiles in the flesh—called “the uncircumcised” by those called “the circumcised,” which is done in the flesh by human hands. At that time you were without the Messiah, excluded from the citizenship of Israel, and foreigners to the covenants of the promise, without hope and without God in the world.

But now in Christ Jesus, you who were far away have been brought near by the blood of the Messiah. For He is our peace, who made both groups one and tore down the dividing wall of hostility. In His flesh, He made of no effect the law consisting of commands and expressed in regulations, so that He might create in Himself one new man from the two, resulting in peace.

He did this so that He might reconcile both to God in one body through the cross and put the hostility to death by it. When the Messiah came, He proclaimed the good news of peace to you who were far away and peace to those who were near. For through Him we both have access by one Spirit to the Father.

So then you are no longer foreigners and strangers, but fellow citizens with the saints, and members of God’s household, built on the foundation of the apostles and prophets, with Christ Jesus Himself as the cornerstone. The whole building, being put together by Him, grows into a holy sanctuary in the Lord. You also are being built together for God’s dwelling in the Spirit. (Ephesians 2)