For the Lord has a day of vengeance,
a year of retribution, to uphold Zion’s cause. (Isaiah 34:8)

Scientists have theorized that large solar flares affect Earth’s magnetic field, which in turn shifts the oceanic and atmospheric currents, which can cause extreme weather including earthquakes, volcanoes, hurricanes or other extreme natural events. Current events point to a multitude of environmental catastrophes this year. 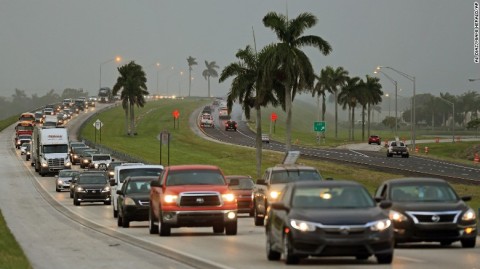 Yellowstone Supervolcano Earthquake Swarm Now One of Biggest on Record, With Over 2,300 Tremors

82 wildfires burning in the United States

But the day of the Lord will come as a thief in the night, in which the heavens will pass away with a great noise, and the elements will melt with fervent heat; both the earth and the works that are in it will be burned up. Therefore, since all these things will be dissolved, what manner of persons ought you to be in holy conduct and godliness, looking for and hastening the coming of the day of God, because of which the heavens will be dissolved, being on fire, and the elements will melt with fervent heat? Nevertheless we, according to His promise, look for new heavens and a new earth in which righteousness dwells. (2 Peter 3:1-13)

The sun is vital to our lives, but it could cause extreme damage to the high technology that humanity is more dependent on than ever. Solar eruptions in the modern era have disrupted radio communications and power grids, but past events may have been even more powerful, with a storm in 1859 shorting out telegraph wires, causing fires in North America and Europe, and triggering extraordinary auroras – the light shows visible near Earth’s poles – bright enough to read by.

A storm that powerful nowadays would likely have devastating impacts, since our electrical and communications infrastructures are so much more developed, with a recent report from the U.S National Academy of Sciences finding that one could cause up to $2 trillion in initial damages by paralyzing communications on Earth and fueling chaos around the world.

Back on July 23, 2012 a furious solar magnetic storm just grazed our planet. Had it erupted just nine days earlier, it would have hit us, causing extensive damage to our technological infrastructure. It would have been a geomagnetic catastrophe the likes of which we’ve never seen. Scientists say the close shave should serve as an important wake-up call. 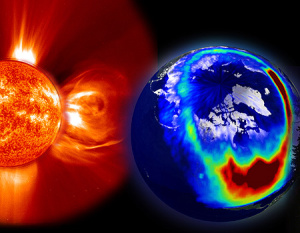 Scientists using data from NASA’s Voyager 2 spacecraft have observed the heliosphere – a magnetic ‘bubble’ around the solar system that is created by the solar wind. These findings help build up a picture of how the sun interacts with the surrounding interstellar medium. They have determined that the Sun going to enter a million-degree galactic cloud of interstellar gas.

The Sun traveling through the Galaxy happens to cross at the present time a blob of gas about ten light-years across, with a temperature of 6-7 thousand degrees kelvin. This so-called Local Interstellar Cloud is immersed in a much larger expanse of a million-degree hot gas, named the Local Bubble.

NASA, the ESA and the National Academy of Science had issued an unprecedented solar storm warning in 2012. But what NASA and the federal government are hiding, according to the eminent astrophysicist Alexey Demetriev, is that the sun-and everything in our solar system-has plunged into a belt of danger that could precipitate gigantic solar explosions, magnetic anomalies, careening cometary masses and destabilizing the orbits of some asteroids.

This highly energized, electrified cloud of gas is disturbing and disrupting the sun. In conjunction with Earth’s weakening and moving magnetic shield, the world is becoming defenseless against massive solar flares and intense radiation. 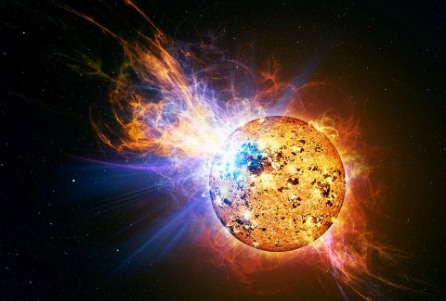 The bottom line is bigger and more frequent solar storms and coronal mass ejections (CME’s) resulting in the generation of supermassive flares that affect the Earth in ways that are very unpleasant.

This interstellar cloud of electrical energy is also absorbed by the Earth, and scientist have found that it results in more earthquakes, all while dramatically affecting the weather.

Demetriev warns to prepare for the worst. “Global catastrophe! Not in tens of years from now, but in ones of years.”

What to expect? The strong possibility of the loss of high technology, increasing superstorms, an encroaching Ice Age, more frequent and massive earthquakes and volcanic activity, tsunamis and the Earth being exposed to deadly radioactive baths.

The connection between solar activity and the Earth’s climate is well documented:

This evidence shows that explosive extratropical cyclones tend to occur after arrivals of solar wind disturbances such as high-speed solar wind streams from coronal holes when large amplitude magneto-hydrodynamic waves couple to the magnetosphere-ionosphere system.

The sun fired off yet another powerful solar flare yesterday (Sept. 10), its seventh in seven days. The flare, which peaked at 12:06 EDT (1606 GMT), covered North and South America in high-energy light. The National Oceanic and Atmospheric Administration’s Space Weather Prediction Center (SWPC) released a statement that warned of strong, high-frequency radio blackouts and navigation-system disruption, potentially lasting up to an hour.

There are three categories of solar flares, and Sunday’s was the highest classification: an “X” event. Two of the other recent flares were also X-class, including Wednesday’s (Sept. 6) X9.3 flare, the strongest solar blast in 12 years.

What does all this mean to us? What is the ultimate fate of the Earth?

Then I saw a great white throne and Him who sat on it, from whose face the earth and the heaven fled away. And there was found no place for them. And I saw the dead, small and great, standing before God,and books were opened. And another book was opened, which is the Book of Life. And the dead were judged according to their works, by the things which were written in the books. The sea gave up the dead who were in it, and Death and Hades delivered up the dead who were in them. And they were judged, each one according to his works. Then Death and Hades were cast into the lake of fire. This is the second death. And anyone not found written in the Book of Life was cast into the lake of fire. (Revelation 20:11-15)

Then He who sat on the throne said, “Behold, I make all things new.” And He said to me,”Write, for these words are true and faithful.” And He said to me, “It is done! I am the Alpha and the Omega, the Beginning and the End. I will give of the fountain of the water of life freely to him who thirsts. He who overcomes shall inherit all things,and I will be his God and he shall be My son. But the cowardly, unbelieving, abominable, murderers, sexually immoral, sorcerers, idolaters, and all liars shall have their part in the lake which burns with fire and brimstone, which is the second death.” (Revelation 21:5-8)

True “Fear of the Lord” is understanding that He is your creator, that you are His eternal creation, and that you need to accept His free gift of eternal life! If you have not done that yet, this is a suggested prayer that you can use right now to change your eternal destiny:

Now may the God of peace Himself sanctify you completely; and may your whole spirit, soul, and body be preserved blameless at the coming of our Lord Jesus Christ. (1 Thessalonians 5:23)