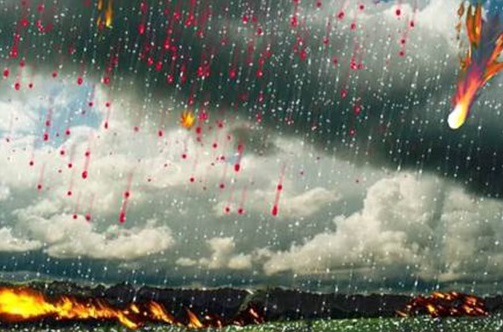 Now on that day, the day when Gog comes against the land of Israel”—this is the declaration of the Lord God—“My wrath will flare up. I swear in My zeal and fiery rage: On that day there will be a great earthquake in the land of Israel. The fish of the sea, the birds of the sky, the animals of the field, every creature that crawls on the ground, and every human being on the face of the earth will tremble before Me. The mountains will be thrown down, the cliffs will collapse, and every wall will fall to the ground. I will call for a sword against him on all My mountains”—the declaration of the Lord God—“and every man’s sword will be against his brother. I will execute judgment on him with plague and bloodshed. I will pour out torrential rain, hailstones, fire, and brimstone on him, as well as his troops and the many peoples who are with him. I will display My greatness and holiness, and will reveal Myself in the sight of many nations. Then they will know that I am Yahweh. (Ezekiel 38:18-23)

The Ezekiel chapters 38-39 prophesy that Russia, along with Iran and several Arab and North African nations, will rally together in these last days and mount a massive military operation against the Nation of Israel. Ezekiel prophesies that a “hook in the jaw” will be placed in Russia’s mouth and she will be dragged into this war. 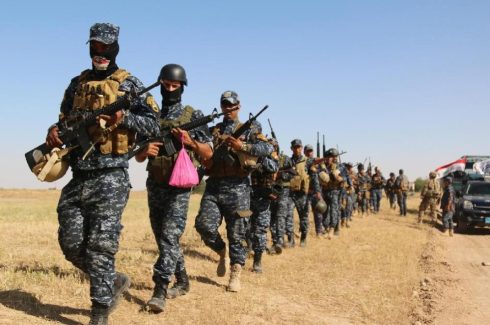 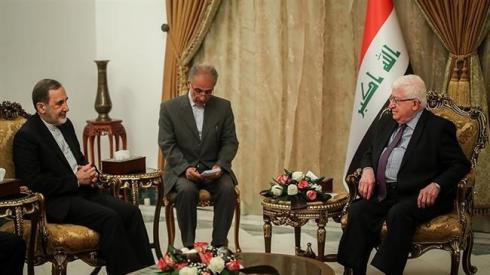 Iran pledging all its might to Hamas for Jerusalem battle, terror group says / The Times of Israel, December 25, 2017

Earlier this week, Hamas’s leader in the Gaza Strip, Yahya Sinwar, said that a senior Iranian military commander pledged all of the Islamic Republic’s military resources to help the Gaza-based terror group fight Israel over Jerusalem.

“All our of capabilities and potential are at your disposal in the battle for the defense of Jerusalem,” Sinwar said that Qassem Soleimani, the commander of Iran’s Islamic Revolutionary Guards Corps’ elite Quds Force, told him over the phone. 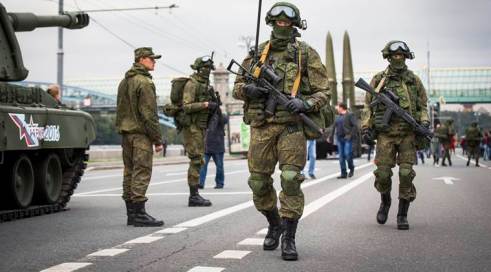 The deal with Damascus covers the expansion of the Tartus naval facility, Russia’s only naval foothold in the Mediterranean, and grants Russian warships access to Syrian waters and ports. Russia may keep 11 warships at Tartus, including nuclear vessels. 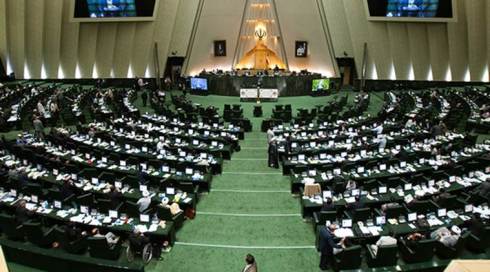 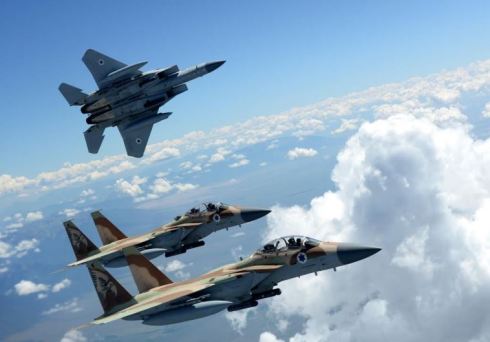 Israeli Prime Minister Benjamin Netanyahu warned Iran and Hamas on Wednesday that an attack would be met by Israel’s growing air power. “The air force is at its peak today, with the best tools, technologies, planes and pilots in the world,” Netanyahu said in an address at a pilot graduation ceremony in the south of Israel. “With defensive and offensive capabilities and tremendous firepower, the air force has the ability to reach short distances and faraway destinations.” 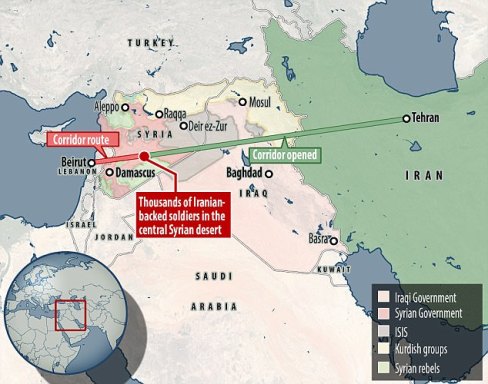 This is the first road project undertaken by Iran’s Revolutionary Guards (IRGC) to consummate the transnational land corridor Iran has opened up from Tehran to the Mediterranean via Iraq and Syria.

What will be the result of this upcoming invasion?

In Israel’s history, the Lord has rained down punishment on her enemies many times: 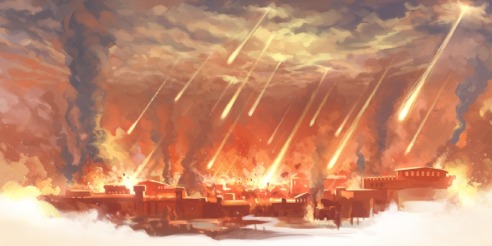 The sun had risen over the land when Lot reached Zoar. Then out of the sky the Lord rained burning sulfur on Sodom and Gomorrah from the Lord. He demolished these cities, the entire plain, all the inhabitants of the cities, and whatever grew on the ground.(Genesis 19: 23-25) 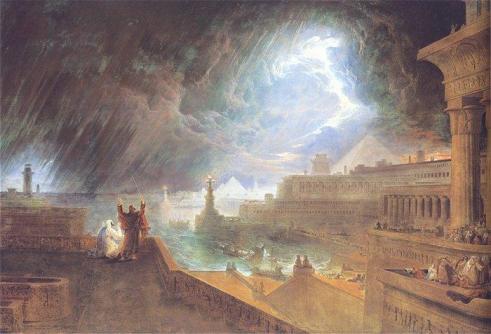 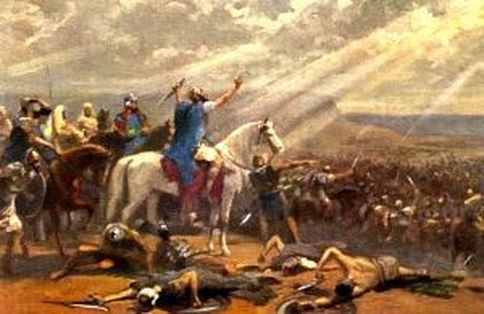 The Lord said to Joshua, “Do not be afraid of them, for I have handed them over to you. Not one of them will be able to stand against you.”

So Joshua caught them by surprise, after marching all night from Gilgal. The Lord threw them into confusion before Israel. He defeated them in a great slaughter at Gibeon, chased them through the ascent of Beth-horon, and struck them down as far as Azekah and Makkedah. As they fled before Israel, the Lord threw large hailstones on them from the sky along the descent of Beth-horon all the way to Azekah, and they died. More of them died from the hail than the Israelites killed with the sword. (Joshua 10: 8-11)

To fall under the judgement of the Lord is a terrible fate. For Russian and her hordes, it is already too late. 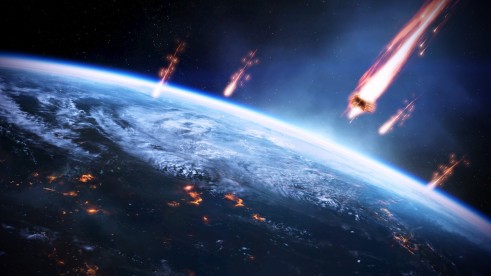 Ultimately, all nations who do not turn to the Lord will also be judged:

Pray for the United States, before it is too late. The door of Noah’s ark is an example of the finality of judgement: 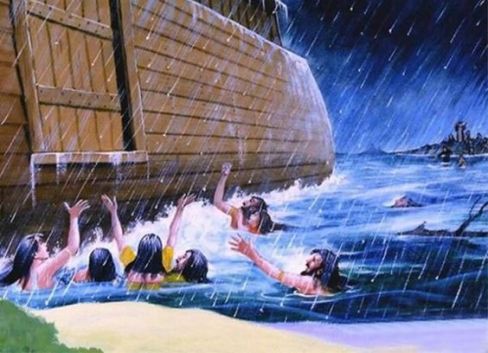 When the Lord closed the door, He pronounced a death sentence on all of the people who drowned. The Lord knew beforehand that they would never believe Noah’s preaching.

The next major use of the door symbolism is in Exodus. The Lord instructs the Israelite people in Egypt on how to escape the angel of death:

Take a cluster of hyssop, dip it in the blood that is in the basin, and brush the lintel and the two doorposts with some of the blood in the basin. None of you may go out the door of his house until morning. (Exodus 12:22) 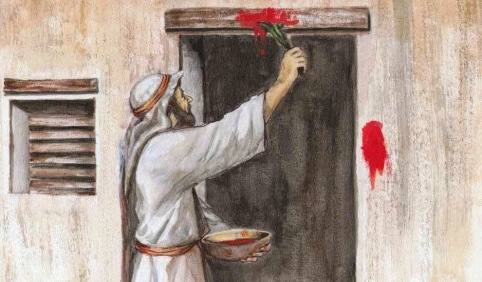 We know from the story that the Lord’s people were effected, but the firstborn of the Egyptians were all killed. The blood and the door were a symbol of our sacrificial Lamb – Jesus Christ. 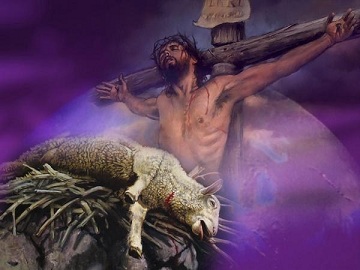 The next use of the door symbol is a prophesy of the Rapture:

Your dead will live; their bodies will rise.
Awake and sing, you who dwell in the dust!
For you will be covered with the morning dew,
and the earth will bring out the departed spirits.

Go, my people, enter your rooms
and close your doors behind you.
Hide for a little while until the wrath has passed.
For look, the Lord is coming from His place
to punish the inhabitants of the earth for their iniquity.
The earth will reveal the blood shed on it
and will no longer conceal her slain. (Isaiah 26:19-21) 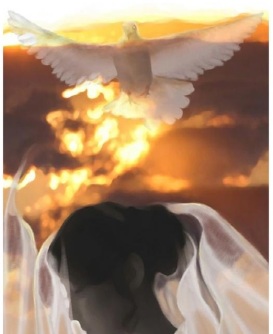 Next, we see Jesus explaining to his disciples the parable of the narrow door:

He went through one town and village after another, teaching and making His way to Jerusalem. “Lord,” someone asked Him, “are there few being saved?”

He said to them, “Make every effort to enter through the narrow door, because I tell you, many will try to enter and won’t be able once the homeowner gets up and shuts the door. Then you will stand outside and knock on the door, saying, ‘Lord, open up for us!’ He will answer you, ‘I don’t know you or where you’re from.’ Then you will say, ‘We ate and drank in Your presence, and You taught in our streets!’ But He will say, ‘I tell you, I don’t know you or where you’re from. Get away from Me, all you workers of unrighteousness!’ There will be weeping and gnashing of teeth in that place, when you see Abraham, Isaac, Jacob, and all the prophets in the kingdom of God, but yourselves thrown out. They will come from east and west, from north and south, and recline at the table in the kingdom of God. (Luke 13:22-29) 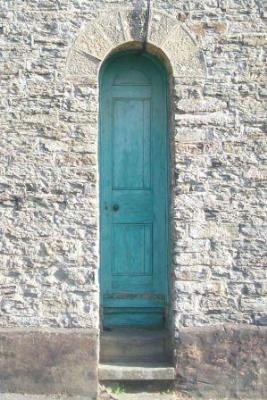 Finally, Jesus admits that He is the door:

So Jesus said again, “I assure you: I am the door of the sheep. All who came before Me are thieves and robbers, but the sheep didn’t listen to them. I am the door. If anyone enters by Me, he will be saved and will come in and go out and find pasture. A thief comes only to steal and to kill and to destroy. I have come so that they may have life and have it in abundance. (John 10:7-10) 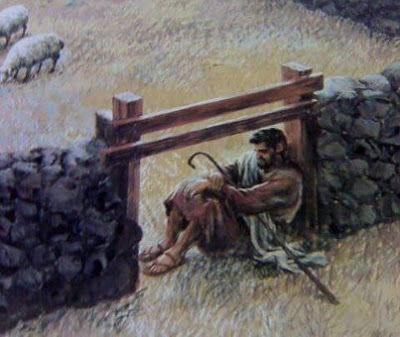 To the good church of Philadelphia, He proclaims:

I know your works. Because you have limited strength, have kept My word, and have not denied My name, look, I have placed before you an open door that no one is able to close. (Revelation 3:8) 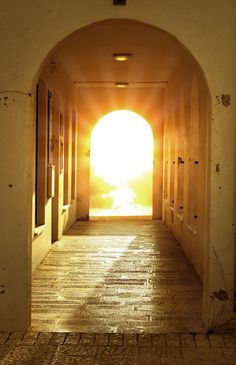 To the apostate church of Laodicea, He warns them that they have locked Him out. He is sill knocking on their door:

Listen! I stand at the door and knock. If anyone hears My voice and opens the door, I will come in to him and have dinner with him, and he with Me. (Revelation 3:20) 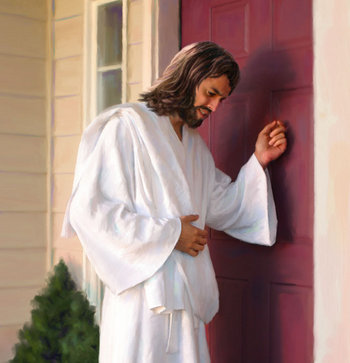 The last use of the door in the Bible is in Revelation chapter 4. The door symbolizes the Rapture:

After this I looked, and there in heaven was an open door. The first voice that I had heard speaking to me like a trumpet said, “Come up here, and I will show you what must take place after this.” (Revelation 4:1) 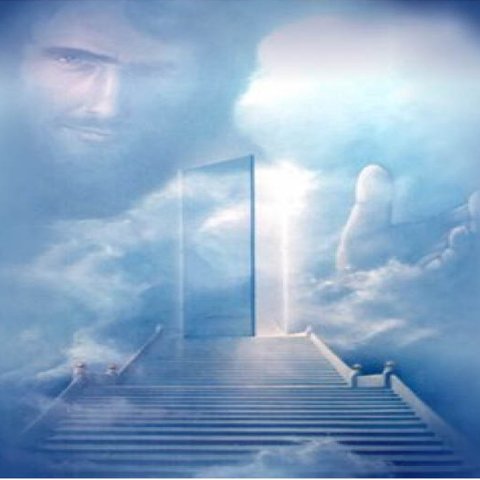 Join us in praying for this country, and for a great harvest of souls. As “watchmen on the wall,” we believe that the time before the Rapture and the Tribulation is very short.

Because of our God’s merciful compassion,
the Dawn from on high will visit us
to shine on those who live in darkness
and the shadow of death,
to guide our feet into the way of peace. (Luke 1:78-79) 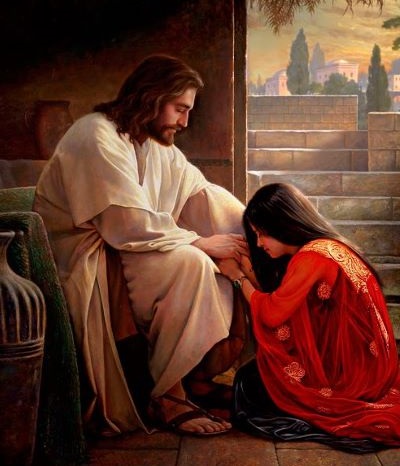