A point of no return is a critical point, at which turning back or reversal is not possible. In many ways, it is looking like we have reached that point:

There are absolutely two Americas. Sometimes in the same state. / CNN, July 20, 2018

These clashing perspectives demonstrate why the midterm election is less likely to produce a wave that rolls equally across the country than a split-level current that carries metropolitan America closer to the Democrats without seriously breaching the Republican fortress beyond it. That could leave the Congress, and the country, glaring across demographic and geographic divides etched as sharply as during the most polarized times in American history.

“It means legislative gridlock,” says Cole, the Republican representative from Oklahoma. “I always tell people I don’t have a Democratic member of Congress who lives within 200 miles of me in any direction. These divisions don’t start in Washington, DC, and come down; they are in the country and working up. … We have been seeing this coming for a while. But we really are in an age of regionalization of politics that is reminiscent of the 1850s.“

In just 2 years time two-thirds of all wild animals who once lived in the world will be dead, the world’s primates face an “extinction crisis” with 60% of species now threatened with extinction and an unprecedented death of billions of tons of marine life around the world’s oceans and waterways.

Scientists say Earth is undergoing a “Mass extinction event”. About 41 percent of amphibian species and more than a quarter of mammals are threatened with extinction.

The global populations of 3,706 monitored vertebrate species — fish, birds, mammals, amphibians, and reptiles — declined by nearly 60 percent from 1970 to 2012.

Around the world, unbridled consumption has decimated global wildlife, triggered a mass extinction and exhausted Earth’s capacity to accommodate humanity’s expanding appetites, we have crossed the tipping point, we have come too far, how can we ever fix this, we can’t bring back dead species.

Russia sanctions bring US closer to ‘point of no return’ in international policy — embassy / TASS, August 27, 2018 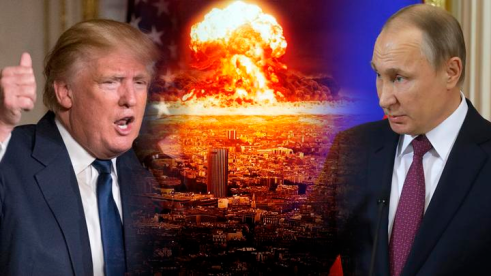 WASHINGTON, August 27. /TASS/. Washington’s new sanctions against Moscow bring the US closer to the point of no return in resolving current international issues with Russia. Besides, such measures are fruitless and futile, the message published on Monday by the Russian Embassy in Washington states.

“Washington issued another set of illegitimate one-sided sanctions against Russia. It feels like local politicians have an unhealthy craving for demolishing the fundamental basis of bilateral relations, on which rests the global security. Decisions are made with zero attempts to look into things, while ignoring our calls for dialogue, in absence of any real proof of “Russia’s guilt”. The U.S. mainstream media spreads absurd accusations against our country,” the embassy stated.

“Political elites seem to ignore the fact that every new “seizure” of American sanctions “fever” brings the U.S. close to the point of no return in resolving pressing international issues – joint fight against terrorism and danger of WMD (weapons of mass destruction – TASS) falling into the hands of non-governmental entities,” the message continues.

The embassy also noted that “Cold War scenarios, the ones the world should have forsaken 30 years ago, are now taking shape.” “Instead, it turns out that no one is safe from brute pressure of Washington. Not everyone can withstand it. But Russia can,” they stressed.

Does the Bible teach that if a person rejects Christ over and over again, will they reach a point where they can’t be saved?

The Apostle Paul spoke about the days when many would reject the truth. Why? It would be because of “the activity of Satan with all power and false signs and wonders, and with all wicked deception for those who are perishing, because they refused to love the truth and so be saved” (2 Thess 2:9-10). The more often you reject the light of God, the harder it will be for you to see it. In time, those who reject the truth will not be saved because they did not love the truth.

Eventually, “God sends them a strong delusion, so that they may believe what is false, in order that all may be condemned who did not believe the truth but had pleasure in unrighteousness” (2 Thess 2:11-12). They purposely choose to reject it. God did not force them into unbelief. It was their decision.

The fight over same-sex “marriage” already seems like a distant memory. But the way it was fought is the mother of all worldview lessons.

According to recent surveys, Americans—especially younger generations—are more supportive of gay “marriage” than ever before. One Gallup poll revealed that a strong majority—64 percent—approve of the rights invented and bestowed on same-sex couples by the Supreme Court in the Obergefell decision.

And the Barna Group recently reported that teenagers today are at least twice as likely as American adults to identify as LGBT.

All of this, despite the fact that in 2011, a vast majority of U.S. states had defined marriage as the union of one man and one woman. How could it be that, in just the next four years, state after state would strike down those marriage amendments, public opinion would shift by ten points and finally, in 2015, the Obergefell decision would make everything official?

At least part of the answer is found in how entertainment reshaped our collective imaginations. From “Will and Grace,” to “Glee,” to “Modern Family,” Hollywood spent years, and millions, portraying homosexuality as funny, normal, natural, and even wholesome.

Around the same time, in another sphere of culture, politicians like Barack Obama and Hillary Clinton “evolved” on the issue, and their base—which was already largely pro-gay—responded with a fast and radical leftward swing.

The U.S. national debt is quickly losing control. According to the Treasury Department’s official reports, on March 16 it reached $21.03 trillion dollars after skyrocketing $72.8 billion in only 24 hours.

This astronomical number is greater than the debts of every other country in the world combined – no other nation in history has ever accumulated this much debt.

All of these developments taken separately are horrific enough, but when combined together can only show that the world is building and converging towards the point of no return. The Bible describes it like this: 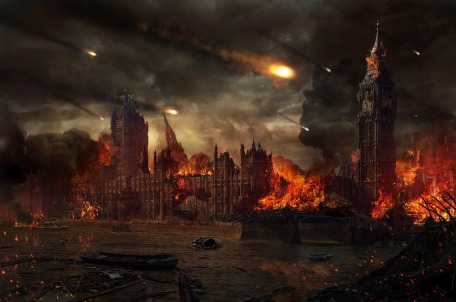 For thus says the LORD:

” The whole land shall be desolate;
Yet I will not make a full end.
For this shall the earth mourn,
And the heavens above be black,
Because I have spoken.
I have purposed and will not relent,
Nor will I turn back from it.

So, what will happen to the Lord’s people? Here is what Jesus said:

“But take heed to yourselves, lest your hearts be weighed down with carousing, drunkenness, and cares of this life, and that Day come on you unexpectedly. For it will come as a snare on all those who dwell on the face of the whole earth. Watch therefore, and pray always that you may be counted worthy to escape all these things that will come to pass, and to stand before the Son of Man.” (Luke 21:34-35) 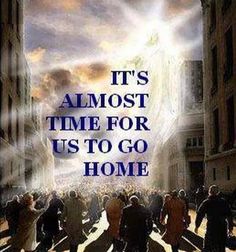 The world problems are complicated, but the Lord’s solution is simple,

Jesus will return, with great power and glory to gather his believers into his Kingdom. Those who have already died in Christ will rise first.  Then, the believers who are alive on the earth at the time of his coming will be caught up together with them in the clouds, to meet the Lord in the air.

Are you ready for the Lord? Know this truth:

Jesus was born of a virgin, was God incarnated into human flesh by the Holy Spirit, was sinless, walked on this earth for 33 years, and died on a cross for our sins. He arose from the dead on the third day, and then ascended to sit in heaven at the right hand of God the Father, where he is today. 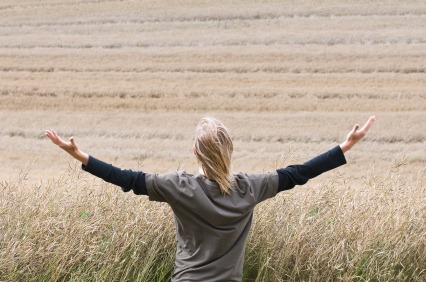 One thought on “The Point of No Return”