Two others—criminals—were also led away to be executed with Him. When they arrived at the place called The Skull, they crucified Him there, along with the criminals, one on the right and one on the left.  Then Jesus said, “Father, forgive them, because they do not know what they are doing.” And they divided His clothes and cast lots. 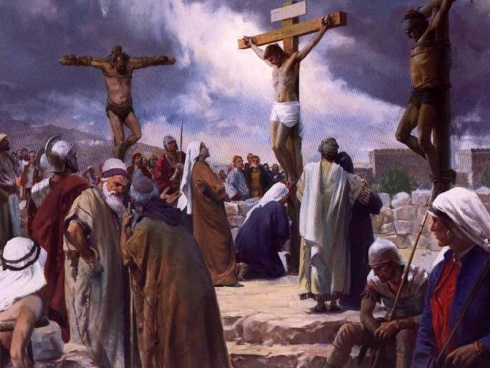 The people stood watching, and even the leaders kept scoffing: “He saved others; let Him save Himself if this is God’s Messiah, the Chosen One!” The soldiers also mocked Him. They came offering Him sour wine and said, “If You are the King of the Jews, save Yourself!”

An inscription was above Him:

THIS IS THE KING OF THE JEWS. 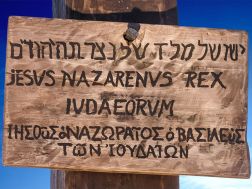 Then one of the criminals hanging there began to yell insults at Him: “Aren’t You the Messiah? Save Yourself and us!” 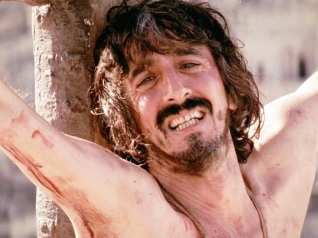 But the other answered, rebuking him: “Don’t you even fear God, since you are undergoing the same punishment? We are punished justly, because we’re getting back what we deserve for the things we did, but this man has done nothing wrong.” Then he said, “Jesus, remember me when You come into Your kingdom!” 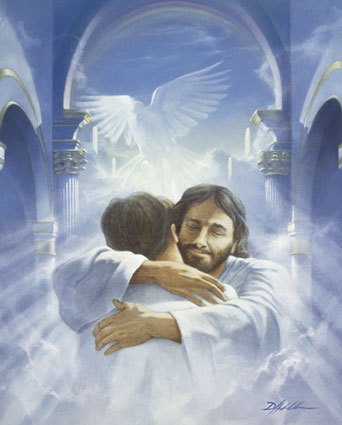 As Jesus was hanging on the cross, paying our penalty for sin, He made a promise to a dying, repentant criminal. By the grace of God and the power of Christ, that promise was kept. The thief’s sins were washed away, and his death that day was his entrance to paradise.

After Christ died, it was His body that was buried in the tomb. However, Jesus’ spirit and soul were not in the tomb. Jesus was in the Father’s presence, in the third heaven -paradise.

Some Christians have a problem with this story. They believe that Jesus was confined to the grave for 3 days, and could not be in paradise with the criminal. This is a common error, when we believe that Jesus was just a man. But, Jesus the Messiah was all man and all Deity. Once He said: “It is finished” His body died, but His part in the Holy Trinity was not changed. He was never confined to our space and our time. In fact, without His body, He became omnipresent again – present everywhere at the same time. 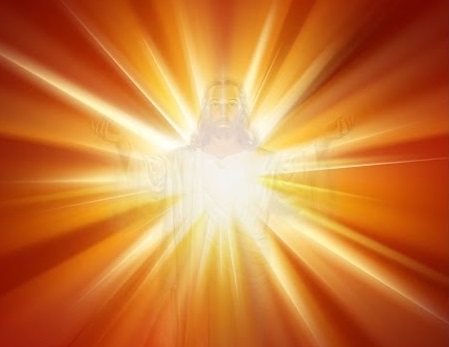 Jesus was glad to save the criminal, as one of His last acts before dying. The thief was undergoing the horror of crucifixion, but without the great purpose that Jesus had. He was being punished for his crime. He was most likely a slave. Slaves could be crucified only for robbery or rebellion, but Roman citizens were immune to crucifixion unless they were found guilty of high treason.

The difference between the criminal and the Jewish leaders was striking. Even while the thief was repenting and asking to be remembered, the religious hypocrisy of the leaders was on full display, as they were scoffing at Jesus, while He hung there in agony. For them, it was payback, because the Lord reserved His greatest rebukes to the Pharisees and the experts in the law: 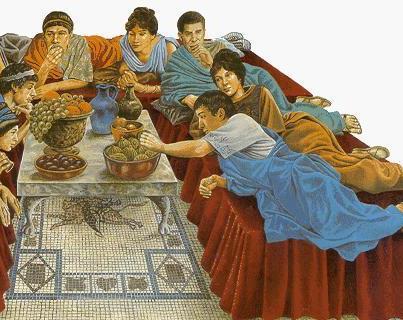 As He was speaking, a Pharisee asked Him to dine with him. So He went in and reclined at the table. When the Pharisee saw this, he was amazed that He did not first perform the ritual washing before dinner. But the Lord said to him: “Now you Pharisees clean the outside of the cup and dish, but inside you are full of greed and evil. Fools! Didn’t He who made the outside make the inside too? But give from what is within to the poor, and then everything is clean for you.

“But woe to you Pharisees! You give a tenth of mint, rue, and every kind of herb, and you bypass justice and love for God. These things you should have done without neglecting the others.

“Woe to you Pharisees! You love the front seat in the synagogues and greetings in the marketplaces.

“Woe to you! You are like unmarked graves; the people who walk over them don’t know it.”

One of the experts in the law answered Him, “Teacher, when You say these things You insult us too.”

Then He said: “Woe also to you experts in the law! You load people with burdens that are hard to carry, yet you yourselves don’t touch these burdens with one of your fingers.

“Woe to you! You build monuments to the prophets, and your fathers killed them. Therefore, you are witnesses that you approve the deeds of your fathers, for they killed them, and you build their monuments. Because of this, the wisdom of God said, ‘I will send them prophets and apostles, and some of them they will kill and persecute,’ so that this generation may be held responsible for the blood of all the prophets shed since the foundation of the world — from the blood of Abel to the blood of Zechariah, who perished between the altar and the sanctuary.

“Yes, I tell you, this generation will be held responsible.

“Woe to you experts in the law! You have taken away the key of knowledge! You didn’t go in yourselves, and you hindered those who were going in.” 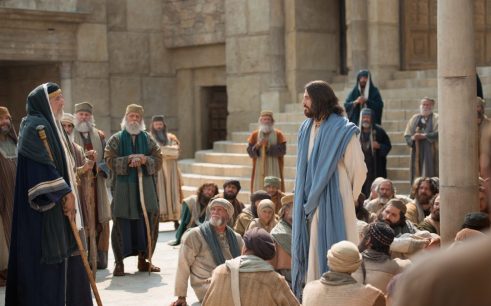 When He left there, the scribes and the Pharisees began to oppose Him fiercely and to cross-examine Him about many things; they were lying in wait for Him to trap Him in something He said. (Luke 11:37-54)

Being omniscient, Jesus knew that the very generation that condemned Him in 30 AD would be destroyed. After the Jewish revolt against Romans intensified, the Romans conquered Jerusalem and destroyed the city and Temple, in 70 AD. 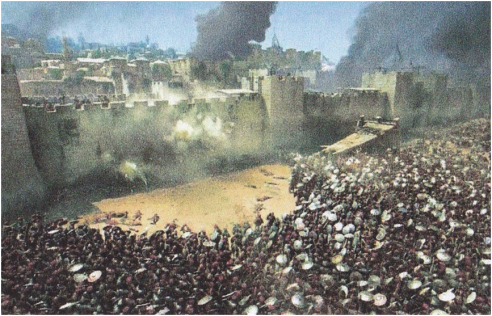 From that point, until 1948, the Jews would wander the Earth without a homeland. During the centuries that followed, grave persecutions followed the Jews wherever they went. 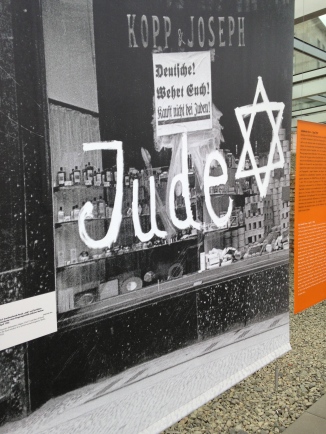 Even now, the Jewish faithful still reject Jesus as the Messiah. Among followers of Judaism, Jesus is viewed as having been the most influential and, consequently, the most damaging of all false messiahs. But, one day soon that will change. After the Tribulation, a miracle will happen:

Then I will pour out a spirit of grace and prayer on the house of David and the residents of Jerusalem, and they will look at Me whom they pierced. They will mourn for Him as one mourns for an only child and weep bitterly for Him as one weeps for a firstborn. (Zechariah 12:10) 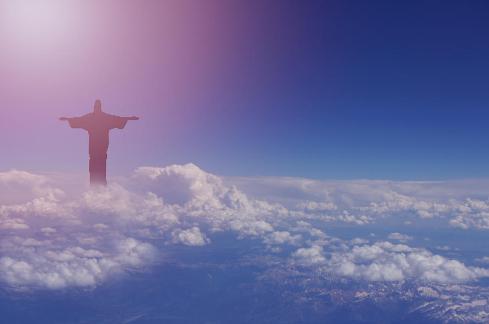 Look! He is coming with the clouds,
and every eye will see Him,
including those who pierced Him.
And all the families of the earth
will mourn over Him.
This is certain. Amen.

Even now, Gentiles worldwide accept Jesus as the Messiah, and Israel rejects Him. But, as the Apostle Paul, a former Pharisee of Pharisees explains:

So that you will not be conceited, brothers, I do not want you to be unaware of this mystery: A partial hardening has come to Israel until the full number of the Gentiles has come in. And in this way all Israel will be saved, as it is written:

The Liberator will come from Zion;
He will turn away godlessness from Jacob.
And this will be My covenant with them
when I take away their sins.

Regarding the gospel, they are enemies for your advantage, but regarding election, they are loved because of the patriarchs, since God’s gracious gifts and calling are irrevocable. As you once disobeyed God, but now have received mercy through their disobedience, so they too have now disobeyed, resulting in mercy to you, so that they also now may receive mercy. For God has imprisoned all in disobedience, so that He may have mercy on all.

Oh, the depth of the riches

both of the wisdom and the knowledge of God!
How unsearchable His judgments
and untraceable His ways!
For who has known the mind of the Lord?
Or who has been His counselor?
Or who has ever first given to Him,
and has to be repaid?
For from Him and through Him
and to Him are all things.
To Him be the glory forever. Amen. 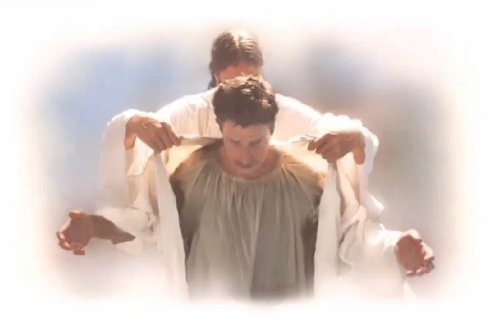 Like the criminal, we have all sinned and deserve God’s judgment. God, the Father, sent His only Son to satisfy that judgment for those who believe in Him. Jesus, the creator and eternal Son of God, who lived a sinless life, loves us so much that He died for our sins, taking the punishment that we deserve, was buried, and rose from the dead according to the Bible. If you truly believe and trust this in your heart, receiving Jesus alone as your Savior, declaring, “Jesus is Lord,” you will be saved from judgment and spend eternity with God in heaven.

One thought on “The Criminal and the Cross”