After John was arrested, Jesus went to Galilee, preaching the good news of God: “The time is fulfilled, and the kingdom of God has come near. Repent and believe in the good news!” (Mark 1:14-15)

For the majority of the world population, the concept of God and the End Times is more fantasy than reality. Although the subject of countless Apocalyptic movies and books, most people don’t believe that world events will reach a final climax in their own time.

Where is the promise of His coming?

Of course, the date-setters did not help the situation…

One of the most remarkable things about our world is that we can understand it. The scientific revolution has given us the insight to grasp some of the most challenging questions. We have learned that the key to understanding the End Times is Biblical prophetic analysis. About forty percent of the Bible was prophetic when it was written, therefore, the student of the Bible must study prophecy or neglect a vast part of the Scriptures.

In prophetic analysis, we look at the key people and current events from a multidimensional perspective. This gives us an insight into when “the time is fulfilled.”

The Bible has a great deal to say about many current events:

Trump to reveal deal of the century on 71st anniversary of Palestine Nakba / The Middle East Monitor, April 4, 2019

US President Donald Trump is likely to reveal his peace plan, dubbed the “deal of the century”, on 71st anniversary of Palestine Nakba, Al-Khaleej Online reported yesterday.

The news site said that the US administration had told Arab and Gulf officials that the plan is to be revealed on 15 May, Nakba Day, on which Israel celebrates its Independent Day.

The website said that the US administration had already completed the plan and secured the funds needed to implement its economic policies.

According to the sources, who preferred not to be named, the Trump administration informed senior Saudi, UAE, Egyptian and Jordanian officials about the date of the annoucnement.

Meanwhile, the news website said that the Arab states and the Palestinian Authority are cautiously waiting for the plan, which, according to several leaks, is expected to change the political map of the whole region.

Zehut’s Feiglin says he wants to build Third Temple right away / The Times of Israel, April 3, 2019

The head of the far-right quasi-libertarian Zehut party said Wednesday that he wants to rebuild the Jewish Temple on the Temple Mount in Jerusalem immediately.

“I don’t want to build a (Third) Temple in one or two years, I want to build it now,” Moshe Feiglin said at a Maariv/Jerusalem Post conference in Tel Aviv, referring to the site that currently houses the Dome of the Rock and the Al Aqsa Mosque and where both Jewish Temples stood in the past. 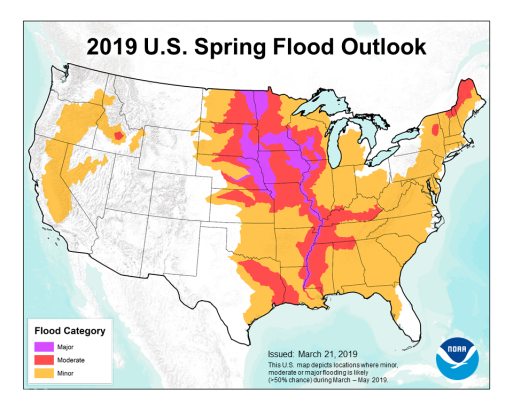 The US has never seen catastrophic flooding like this before and NOAA is warning us the flooding will continue through to the end of May. With more than 90% of the upper midwest and great planes are still covered by nearly 11 inches of snow and all that snow is beginning to melt.

That means the US will transform from one of the worst winters in modern history into a flood season that has already taken an apocalyptic turn for farmers across the US.

So far, 2019 is already the worst agricultural disaster in modern American history and it is going to get a whole lot worse. 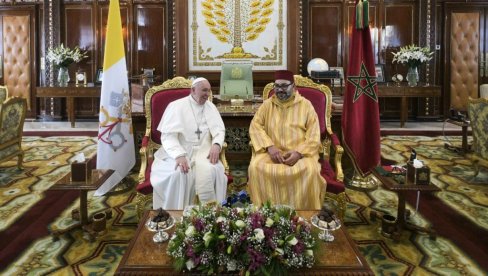 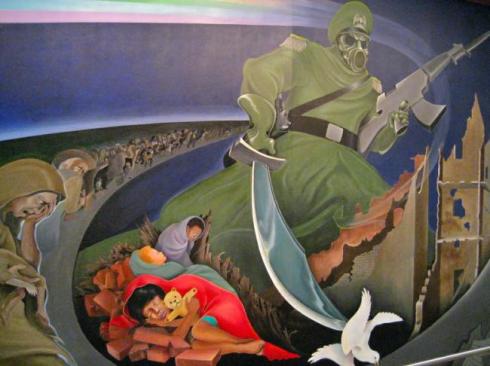 The order comes one month after the U.S. government introduced science-based guidelines for how first responders decontaminate large numbers of Americans after a chemical-weapons attack.

With lightning speed, the Army and U.S. government have been actively preparing for a biological incident on the homeland. With threats harder to anticipate today, the act of preparation suggests some fears that an attack of some sort could be imminent.

The Middle East is changing fast but the U.S. seems to be the last government to realize it and respond. Turkey has a larger economy, more sophisticated technology and a stronger military. It also remains a member of the North Atlantic Treaty Organization. Turkey isn’t as disruptive as Iran, but could become so, or at least as domineering, over the long run.

Turkey has not hidden its growing ambition to revive the dominance that the Ottoman Empire enjoyed over much of the Islamic world. At a recent rally, Turkish Interior Minister Suleyman Soylu declared, “We are not only just Turkey, but also Damascus, Aleppo, Kirkuk, Jerusalem, Palestine, Mecca and Medina.”

Turkey’s longstanding rivalry with Saudi Arabia, which dates to the early 19th century, has erupted again, and was on full display during the diplomatic crisis over the murder of journalist Jamal Khashoggi by Saudi agents at the Saudi consulate in Istanbul on Oct. 2, 2018.

Turkish President Recep Tayyip Erdogan used the fracas to declare that “Turkey is the only country that can lead the Muslim world.” That’s a direct rejection of the implicit claim of Saudi Arabia and the explicit claim of Iran to global Islamic leadership.

The current events point to global upheaval. But, what does the Bible say about the timing of the End?

What is the Lord telling us, through Peter? The Millennial day theory is a belief in Christian eschatology in which the Second Coming of Christ will occur 6,000 years after the creation of mankind, followed by 1,000 years of peace and harmony. The Sabbath Millennium is believed to be synonymous with the Millennial Reign of Christ that is found in Revelation 20.

How do we know that time?

These are some of the calculations for the time being fulfilled:

* The Prophecy in the Psalms: Psalm 118 = 2018. Psalm 118 is in the middle of the Bible, and describes the Rapture and the Israel victory over the impending Russian / Iranian invasion

* The Super-Signs: 1917 – A National Home for the Jewish People, Jerusalem freed from the Ottoman Empire, 1967 – The Jews return to Jerusalem, 2017 – The Jews plan the Third Temple

One thought on “The Time is Fulfilled”