If you have been following our messages, you know that we show that the Rapture “window of time” is closing rapidly. We know this because the Lord gave Christians very specific signs to look for.

It seems that the nations and their leaders are like actors on a world stage, that are guided by “the Plan” toward an inevitable and unstoppable New World Order. In this message, we will investigate Turkey and it’s Prime Minister, Recep Erdogan. We believe that he is the prophesied Beast that will rule the Revived Roman Empire (the European Union). 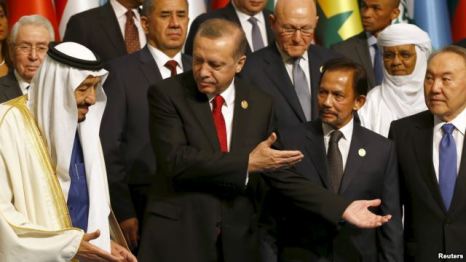 Turkey’s president has called for closer cooperation among Western and Muslim counties in the fight against terrorism, as he urged the leaders to tackle the problem from the security and financial fronts.

During the summit, Turkey is due to assume the presidency of the OIC from Egypt. Representatives from some 56 nations, including 33 presidents and prime ministers, are at the meeting. 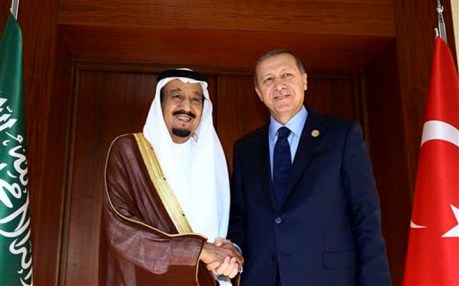 The imamization process is not hidden. To the contrary, it is front and center in Turkey. President Recep Tayyip Erdogan, himself a graduate of an imam high school, has kept his promise from 2012, when he famously announced, “Imam hatip’s will become the apple of this nation’s eye.”

Turkish President Erdogan’s ambition was not subtle as he stumped for himself at the Organization of Islamic States summit.

Ozturk, a columnist for daily Yeni Safak, which supports Erdogan, pointed to the collective assets of Islamic countries that could be harnessed under strong leadership and indicated that this is a task for Turkey to fulfill.

“We must not forget that Turkey is the largest OIC country, its natural leader and older brother. Therefore, the task of reviving the unity of this organization and strengthening it falls foremost on Turkey,” Ozturk wrote.

Yet even as Erdogan struggles to maintain his position at home, he’s flaunting his strength abroad. The Turkish president contemptuously dismissed criticism from the European Union earlier this week, denouncing a European Parliament report criticizing him as “provocative.”

NATO Secretary General thanks Turkey for long-standing contribution to the Alliance / NATO, April 21, 2016

Mentioning the NATO Summit in Warsaw in July, the Secretary General said that the Alliance must step up support to regional partners to build up their forces and “project stability”.  “We are grateful for Turkey’s long-standing contribution to our Alliance in so many ways”, he said.

Erdogan Plots for US Plan B / Sputnik International, April 27, 2016

Washington’s policy on Syria seems to be all over the place. Regime change, covert weapons, collusion with terrorists, ceasefire, peace talks, Plan B and so on.

What Erdogan’s regime seems craftily aiming for is to push Washington into Plan B and hence deeper military intervention in Syria. Erdogan needs to salvage his jihadist proxies from defeat in Aleppo by getting American firepower deployed.

But unhinged Erdogan could end up igniting an all-out war between the US and Russia. And that’s probably just what this megalomaniac and his Saudi cronies are betting on.

Turkey Premier Said to Give Up as Erdogan Tightens Grip / Bloomberg, May 4, 2016

Without naming names, Erdogan said at his palace in Ankara on Wednesday that “what’s important is to not forget how you came to where you are, what you need to do there and what your targets are.”

The remarks of Turkish President Recep Tayyip Erdogan at the recent summit of the Organization of Islamic Cooperation in Istanbul, where he urged unity among Islamic nations against what he considers to be a perfidious West, and the threat of terrorism from radical Islamic groups, left many with the impression that he was vying for the leadership of the Islamic world. 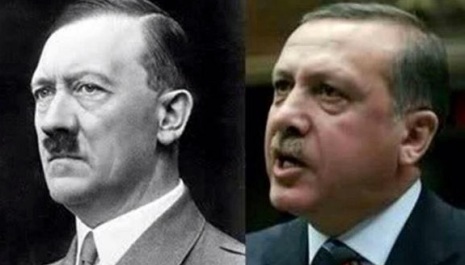 ‘Erdogan is the most powerful leader in Turkish history,’ former lawmaker tells ‘Post.’

Recep Tayyip Erdogan maneuvered to force out Turkish Prime Minister Ahmet Davutoglu, demonstrating that the powerful president does not need the strong executive presidency he seeks since he already wields almost absolute power. 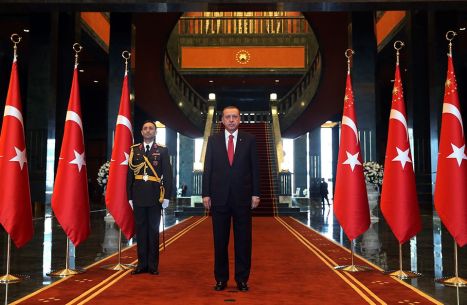 How Recep Erdogan became the most powerful man in Europe / The Spectator, May 7, 2016

In private, Erdogan must be amazed at just how much he can wrangle. The worse his behaviour, the greater his clout in Europe. He can send German police to arrest German comedians whose jokes he dislikes. He can instruct the EU to delay its ‘progress reports’ on Turkey to a time that better suits his electoral purposes. A few weeks ago, a leaked transcript of a conversation showed Jean-Claude Juncker, president of the European Commission, pleading Erdogan to consider that ‘we have treated you like a prince in Brussels’.

“EU membership, a strategic goal for Turkey, will be a source of stability and inspiration for the region,” Erdogan said in the statement, released to coincide with Europe Day.

Now, a short history on Turkey.

In 1517 the Ottoman Turks conquered Jerusalem and ruled the Holy City for 400 years. The Turks reigned over Jerusalem until the British General Edmund Allenby defeated them in 1917.

Modern Turkey was founded in 1923 from the Anatolian remnants of the defeated Ottoman Empire. Turkey joined the UN in 1945 and in 1952 it became a member of NATO.

Turkey has made great efforts to be perceived as a neutral power, a democracy with basically a secular government. They have tried to be a partner in peace with the United States and have done the same with Israel. This has been done in an effort to be economically sound and have not allowed religion to play a role in the political structure of the nation. However the other Islamic Countries have been dismayed by their policy.

In 1964, Turkey became an associate member of the European Community. Over the past decade, it has undertaken many reforms to strengthen its democracy and economy; it began accession membership talks with the European Union in 2005.

Note from our previous messages that with fiscal and political union, we see the current European Union as the beginnings of the imperial power of a revived Roman Empire. The geographical area of Turkey was an integral part of the Roman Empire.

Keep in mind, the power of this country. Turkey is a founding member of the United Nations, the Organisation of Islamic Cooperation, the Organisation for Economic Co-operation and Development and the Organization for Security and Co-operation in Europe, and has been a member state of the Council of Europe since 1949, and of NATO since 1952.  Turkey is also a member of the G20 industrial nations which brings together the 20 largest economies of the world. 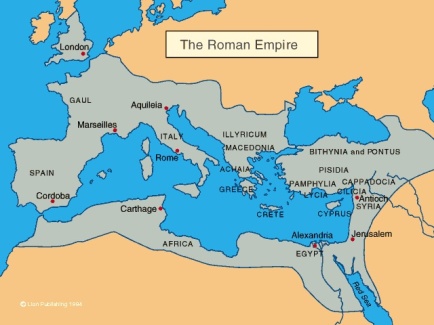 The point of this history is that Turkey has always played a central role in the world, and is now in center stage in the Middle East conflict. Turkey is currently the seventeenth-largest economy in the world. Historically, when a major Islamic empire has emerged, it has been dominated by the Turks. Turkey is a stable platform in the midst of chaos. The Balkans, the Caucasus, and the Arab world to the south are all unstable. As Turkey’s power grows-and its economy and military are already the most powerful in the region-so will Turkish influence.

Now, let’s explore some recent history. Here is a segment from a Forbes article:

ISTANBUL — This week, Turkey assumed the presidency of the United Nation’s Security Council, and while that may just be a passing story in most countries, here it is a big deal.

“This is very important and a big responsibility for our country,” said Turkey’s Foreign Minister Ahmet Davutoglu–and he should know. Davutoglu has been the chief architect of Turkey’s neo-imperial foreign policy that envisions a far greater role for this pro-western Islamic country than as an aspiring second-tier member of the European club.

No one was surprised last month when Turkey’s Prime Minister Tayyip Erdogan appointed his longtime political adviser Davutoglu as the Foreign Minister. The soft-talking professor–who was also an adviser to President Abdullah Gul–has largely been responsible for reshaping Turkey’s foreign policy over the past six years, moving it away from its isolationist roots and toward a role as a self-declared regional power broker in the Middle East.

Turks love the spotlight that has come from efforts to mediate between Israelis and Syrians, act as peacekeepers in Lebanon and host high-profile world dignitaries. They got a kick out of seeing their globetrotting leader Erdogan in a face-off with Israeli President Shimon Peres in Davos.

The official television station TRT has recently started to refer to Turkey as a “global power.” These days, the book du jour in Turkish power circles is Stratfor founder George Friedman’s The Next 100 Years: A Forecast for the 21st Century. It predicts the rise of a hegemonic Turkish empire in the former lands of the Ottoman Empire.

Now we will learn more about Turkey’s Prime Minister, Recep Erdogan. Here is a snapshot from TIME:

Turkish Prime Minister Recep Tayyip Erdogan is the international statesman of the moment. Greeted as a rock star in Egypt and other countries transformed by the Arab Spring, the Turkish Premier looms like a colossus over the Middle East. In recent weeks, he has been one of the most vocal world leaders to back the Palestinian statehood bid at the United Nations. Popular at home, Erdogan has held his position since 2003, and was recently re-elected to a new term. All the while, both Turkey’s economy and geopolitical footprint have been growing noticeably.

TIME: You’ve been outspoken in support of the Palestinian cause and statehood. There are people who say all the drama at the U.N. has not helped the peace process. How do you think it has gone?

Erdogan: First and foremost, what is required is for the U.N. Security Council to say yes to the legitimate demands of the people in Palestine. If anything else should be discussed at this moment, it should be between two states. And there’s another fact we need to consider, primarily the borders of 1967. Israel first seems to have accepted going back to the borders of 1967, but somehow seemed to have got distanced from this ideal. They need to get closer back to it. Palestine is in a form of a maze right now.

Through TIME, I’d like to make a call out to humanity: [The Palestinians] are there to exist. They are not there to be condemned to struggle in an open-air penitentiary. Israel’s cruelty in that regard cannot be continued any longer. And, of course, the legitimate demands for Palestine to be a recognized state should be catered to and considered both in the U.N. Security Council and General Assembly. Those who approach these demands negatively will never be able to settle their accounts with history.

What does the Bible say about the Antichrist and the Temple?

While returning to his land with great riches, his heart shall be moved against the holy covenant; so he shall do damage and return to his own land.

“At the appointed time he shall return and go toward the south; but it shall not be like the former or the latter. For ships from Cyprus shall come against him; therefore he shall be grieved, and return in rage against the holy covenant, and do damage.

“So he shall return and show regard for those who forsake the holy covenant. And forces shall be mustered by him, and they shall defile the sanctuary fortress; then they shall take away the daily sacrifices, and place there the abomination of desolation. (Daniel 11:28-31)

For you yourselves know perfectly that the day of the Lord so comes as a thief in the night. For when they say, “Peace and safety!” then sudden destruction comes upon them, as labor pains upon a pregnant woman. And they shall not escape.  (1 Thessalonians 5:2-3) 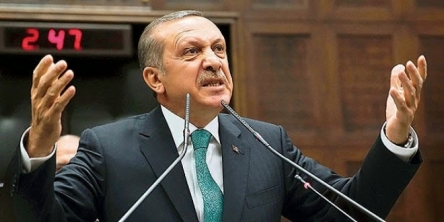 The time is running short. The accession talks to integrate Turkey with the European Union are being accelerated due to the Syrian refugee crisis. We believe that this “Beast from the Middle East” will soon help broker the Israeli-Palestinian land for peace treaty, which will begin the dark 7 year period called the Tribulation. We believe that the Rapture will occur before then.