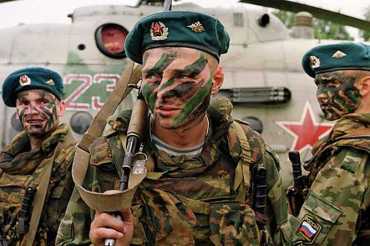 “This is what the Lord God says: On that day, thoughts will arise in your mind, and you will devise an evil plan. You will say, ‘I will go up against a land of open villages; I will come against a tranquil people who are living securely, all of them living without walls and without bars or gates— in order to seize spoil and carry off plunder, to turn your hand against ruins now inhabited and against a people gathered from the nations, who have been acquiring cattle and possessions and who live at the center of the world.’

What are some critical signs are pointing to the imminent Rapture of the Church? One key event is the “Ezekiel Invasion”, an invasion of Russian and Iranian forces into Israel. 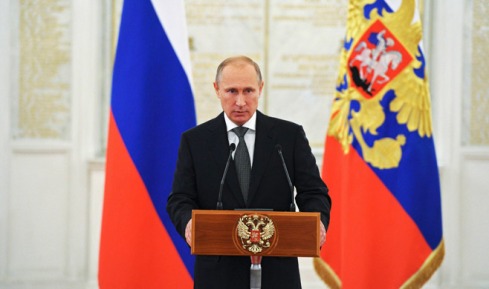 Trump shouldn’t trust Putin on Syria — or anything else / Fox News, December 18th, 2017

Vladimir Putin is a master at manipulating people by telling them what they want to hear. He’s just done it again by announcing a “withdrawal” from Syria while simply resetting his forces there and promoting Russian-led “peace talks” between Bashar al-Assad and regime-tolerated Syrian rebel groups.

Putin has no intention of going anywhere. He has established strong military positions in Syria—an airbase near Latakia and a naval port at Tartus—with 49-year leases.

Policymakers can argue endlessly about Putin’s intentions, concerns, or feelings toward Iran, his willingness to cooperate with the U.S., and his objectives in Syria. But it is almost impossible to point to real evidence that any of those things support the idea that Putin would ever want to help us there with Iran.

This top-performance fleet raises Russia’s air strike and defense capabilities in Syria to the highest standards of any air force in the world, with enough power to take on superior US and Israeli air might in the Syrian arena. The Su-57’s weapon bays are designed to carry Russia’s new nuclear tactical X-50 air-launched cruise missile, although it is not known whether the aircraft in Syria are carrying them. DEBKA Weekly’s military sources see President Vladimir Putin’s decision to send the Su-57 fighters to Syria as substantially raising the big power stakes in Syria after the loss of dozens of Russian troops on Feb. 7 to massive US artillery and air strikes that decimated the Russian, Syrian and pro-Iranian forces crossing the Euphrates River.

Lebanese Prime Minister Saad Hariri’s switch of loyalty to Hizballah and Iran shocks Riyadh and dismays Israel. The Lebanese Sunni politician and his family have long been inextricably tied to Saudi Arabia and its royal house, as well as professing a pro-West orientation. However, it was suddenly noticed in Riyadh, as well as Jerusalem, that the most devoted Saudi loyalist in Beirut had quietly crossed the lines. Hariri had quietly decided to follow the Iranian star and throw in his political lot with his old enemy, the Shiite Hizballah. And they had promised he would retain the premiership after Lebanon’s May 8 general election, in which their Shiite March 8 Alliance was sure to win a majority in parliament.

The prospect of an Iranian puppet government in Beirut is stunning news for Riyadh, which has traditionally regarded Beirut with its banks and varied luxuries as their back yard. But for Israel, it spells disaster. It means that Iran has succeeded in expanding its ominous, belligerent presence into both of Israel’s northern neighbors, Lebanon as well as Syria. 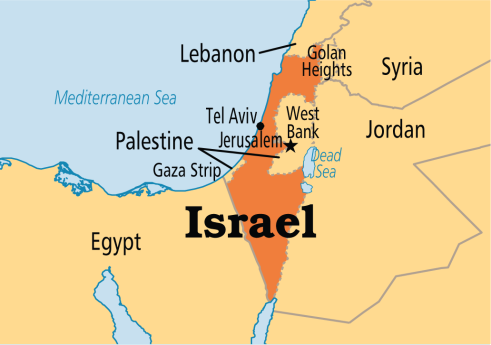 In the interview, Ben-Reuven explained that as a member of Israel’s Foreign Affairs and Defense Committee he could not discuss every foreign report, but he could definitely say that Iran is taking advantage of the chaos in Syrian in order to deepen its foothold in the area, as close as possible to Israel.

Iranian infiltration is usually carried out by placing Shiite “militias” and advanced ammunition in the target areas, so that it has a longer-lasting and more targeted effect. By doing such, Iran has opened up the possibility of another war in Syria.

“The issue right now is that there is nothing separating the Iranian infiltration and Israel’s correct statement that there will be no land border between Israel and Iran,” Ben-Reuven said. “The people who were supposed to be the ‘brakes’ in this situation were the Russians, whose planes are currently massacring Syrian civilians in Damascus.

Ezekiel chapters 38-39 that prophesy that Russia, along with many other nations, will rally together in these last days and mount a massive military operation against the Nation of Israel. Ezekiel prophesies that a “hook in the jaw” will be placed in Russia’s mouth and she will be dragged into this war. This Ezekiel war is being prepared right now.

What will happen next? Does the Bible give us clues?

The Bible describes this imminent battle in exacting detail:

Now the word of the Lord came to me, saying, “Son of man, set your face against Gog, of the land of Magog, the prince of Rosh, Meshech, and Tubal, and prophesy against him, and say, ‘Thus says the Lord God: Behold, I am against you, O Gog, the prince of Rosh, Meshech, and Tubal. I will turn you around, put hooks into your jaws, and lead you out, with all your army, horses, and horsemen, all splendidly clothed, a great company with bucklers and shields, all of them handling swords. Persia, Ethiopia, and Libya are with them, all of them with shield and helmet; Gomer and all its troops; the house of Togarmah from the far north and all its troops-many people are with you. (Ezekiel 38:1-6)

“And it will come to pass at the same time, when Gog comes against the land of Israel,” says the Lord God, “that My fury will show in My face. For in My jealousy and in the fire of My wrath I have spoken: ‘Surely in that day there shall be a great earthquake in the land of Israel, so that the fish of the sea, the birds of the heavens, the beasts of the field, all creeping things that creep on the earth, and all men who are on the face of the earth shall shake at My presence. The mountains shall be thrown down, the steep places shall fall, and every wall shall fall to the ground.’ I will call for a sword against Gog throughout all My mountains,” says the Lord God. “Every man’s sword will be against his brother. And I will bring him to judgment with pestilence and bloodshed; I will rain down on him, on his troops, and on the many peoples who are with him, flooding rain, great hailstones, fire, and brimstone. Thus I will magnify Myself and sanctify Myself, and I will be known in the eyes of many nations. Then they shall know that I am the Lord.”‘ (Ezekiel 38:18-23) 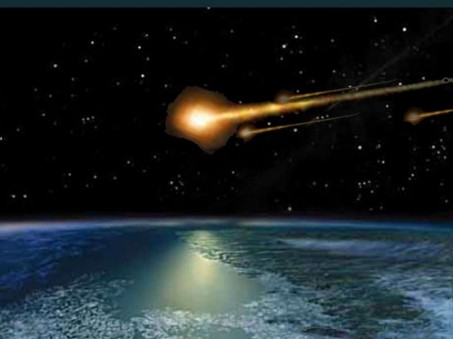 The Bible describes the destruction of Israel’s enemies as total and complete. Workers will need to spend seven years just to clean the fields of bodies and weapons:

Then those who dwell in the cities of Israel will go out and set on fire and burn the weapons, both the shields and bucklers, the bows and arrows, the javelins and spears; and they will make fires with them for seven years. (Ezekiel 39:9)

Many readers miss the fact that these seven years are the Tribulation years, and are a clue as to the timing and sequence of the End Times.

We, the betrothed (Christ’s Church ) currently await the return of our Bridegroom to take us to the wedding chamber (the rapture ) to spend seven years (while the tribulation occurs on Earth ). We will then celebrate the Marriage Supper of the Lamb and depart with our Bridegroom for our new home, the new Jerusalem. ~ Revelation 21:1-4