Israel is “closely monitoring” the latest efforts to convince the US to stay in the Iran nuclear deal as the May 12 deadline for the international pact draws closer, and will coincide with a politically tense week in Israel, the Yedioth Ahronoth daily reported.

The daily’s front page says Israel is girding for potential violence during the second week of May, which, in addition to the Iran deal cutoff, will also see the US and Guatemala move their embassies from Tel Aviv to Jerusalem; Palestinians mark Nakba Day (mourning the “catastrophe” of Israel’s creation); Israelis mark Jerusalem Day (celebrating the 1667 reunification of Jerusalem); and the start of the Muslim holiday of Ramadan. Recent weeks have also seen thousands of Gazans protesting against Israel along the border,

In an interview with Yedioth, former Military Intelligence chief Amos Yadlin said “there hasn’t been a May this dangerous since ’67 or ‘73. We aren’t on the eve of a war, but there are a number of things that could lead to one, and all of them are occurring between the 12th and 15th of May.”

One of the critical signs are pointing to the imminent Rapture of the Church is the invasion of Israel. This invasion was foretold in Psalm 83 and Ezekiel 38:

God, do not keep silent.
Do not be deaf, God; do not be idle.
See how Your enemies make an uproar;
those who hate You have acted arrogantly.
They devise clever schemes against Your people;
they conspire against Your treasured ones.
They say, “Come, let us wipe them out as a nation
so that Israel’s name will no longer be remembered.”
For they have conspired with one mind;
they form an alliance against You—
the tents of Edom and the Ishmaelites,
Moab and the Hagrites,
Gebal, Ammon, and Amalek,
Philistia with the inhabitants of Tyre.
Even Assyria has joined them;
they lend support to the sons of Lot.

The word of the Lord came to me: “Son of man, turn your face toward Gog, of the land of Magog, the chief prince of Meshech and Tubal. Prophesy against him and say: This is what the Lord God says: Look, I am against you, Gog, chief prince of Meshech and Tubal. I will turn you around, put hooks in your jaws, and bring you out with all your army, including horses and riders, who are all splendidly dressed, a huge company armed with shields and bucklers, all of them brandishing swords. Persia, Cush, and Put are with them, all of them with shields and helmets; Gomer with all its troops; and Beth-togarmah from the remotest parts of the north along with all its troops—many peoples are with you. 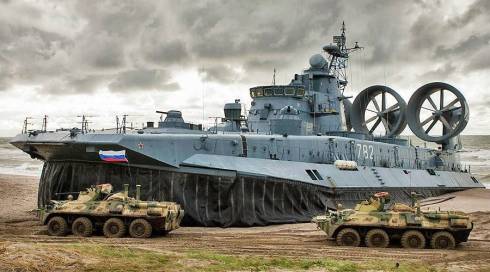 “Be prepared and get yourself ready, you and all your company who have been mobilized around you; you will be their guard. After a long time you will be summoned. In the last years you will enter a land that has been restored from war and regathered from many peoples to the mountains of Israel, which had long been a ruin. They were brought out from the peoples, and all of them now live securely. You, all of your troops, and many peoples with you will advance, coming like a thunderstorm; you will be like a cloud covering the land. 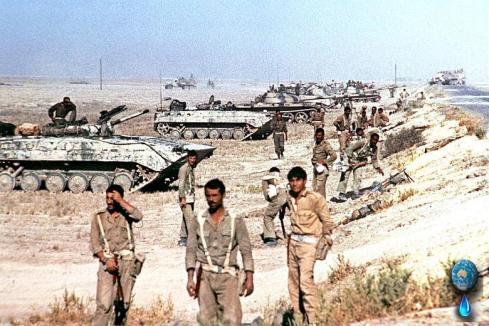 Is this great battle already beginning? What are the facts on the ground?

This report reflected the rising alarm in the United States and Israel over the discovery that Iran is in the last stages of a huge project, the upgrading of Hizballah’s ground-to-ground and shore-to-sea missiles and their conversion into precision weapons. 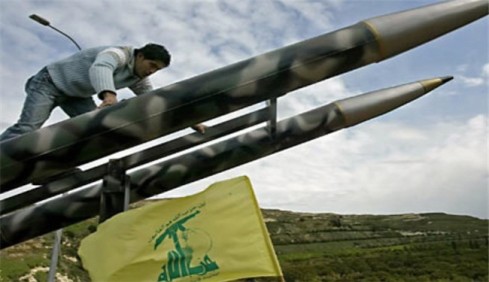 Senior members of the Israeli security establishment are predicting that the month of May will be one of the most volatile periods in the current era. Maj. Gen. (Res.) Amos Yadlin, the former head of the Israel Defense Forces (IDF) Military Intelligence Directorate, said in an interview published April 22, “I have not seen a May this dangerous since May 1967.”

Many Israeli legislators are worried, because for the first time in a long time, consensus exists among Israel’s top brass about the situation and how to deal with it. There are no dissenting or minority opinions on the subject, no moderate voices warning against escalation and the possible results. It reminds some of Israel’s statesmen of the heady days between the 1967 war and before the eruption of the 1973 Yom Kippur war, which resulted in one of Israel’s greatest military catastrophes.

This conflict has been building up for months, as the following reports indicate:

Ominous signs that the next war in the Middle East is coming, and it won’t be pretty/ CBC News Posted: November 18, 2017

Iran is establishing bases in Syria, but according to some sources, their preparations to engage Israel are motivated far more by Messianic aspirations than military or political ones.

Iran has frequently stated its desire to destroy Israel, claiming the Jewish state as the focus of its nuclear and long-range missile program. Iran has also funneled millions of dollars into proxy enemies of Israel, like Hezbollah in Lebanon and Syrian President Bashar al-Assad.

Russia negotiates deal for its warplanes to use Egypt bases / AP, November 30, 2017

Deal to allow countries to use each other’s military airstrips would see Moscow increase foothold in North Africa and Middle East.

Israeli experts claim that the Israel Defense Forces should have struck the Bashar al-Assad regime at the beginning of the war in Syria.

Hezbollah has emerged as a big winner in the turmoil that has swept the Arab world since the uprisings of 2011 that toppled governments in several countries. It has fought in Syria and Iraq, trained other groups in those countries and inspired other forces such as Iran-allied Houthis waging a war in Yemen.

Israel fears Iran and Hezbollah will keep permanent garrisons in Syria and has called for action against “Iranian aggression”. With Hezbollah stronger than ever, war with Israel is seen by many in the region as inevitable, sooner or later.

After an Arab League summit including delegates from the Palestinian Authority produced a statement denouncing Hezbollah as a terrorist entity, Hamas and other Palestinian groups responded with defiance.

With reported airstrike, Israel puts Syria, and Iran, on notice / The Times of Israel, December 2, 2017

Foreign reports of strike on base near Damascus suggest Jerusalem prepared to act on its warnings against a permanent Iranian military presence in Syria.

… significant military events were reported early Saturday, Dec. 2, by Arab and Russian sources – neither of them officially confirmed. The first was an Israeli airborne missile attack on the Syrian army’s 1st Division’s ammunition dump near Al-Kiswah 14km southwest of Damascus and 50km from the Golan. The target was identified as an Iranian military base which the BBC reported on Nov. 10 to be under construction in the Syrian military compound at Al-Kiswah.

Israeli Attempts to Kick Iran Out of Syria Could Escalate Into War / Haaretz, December 2, 2017

As far as the Iranians are concerned, they came to Syria to stay.

The timing of this escalation is significant. This year, Pentecost, or Shavuot, begins at sundown on May 19, and concludes at nightfall on Monday, May 21 (some Messianic believers use the date of May 26-27). That was when the Lord gave Moses the law, and was the day the Church was born.

With the preparations for the Ezekiel battle being seen daily in our news headlines, our need to be prepared for the Rapture has never been greater!

Yes, it is coming, and it will happen.” This is the declaration of the Lord God. “This is the day I have spoken about. (Ezekiel 39:8).

Of all the questions you will ask yourself in life, probably the most important is, “If the Rapture occurred today, am I good enough to be snatched up and go to Heaven?” The way to find this out is to ask yourself if you have turned from your sin and turned to God by accepting the payment that Jesus Christ made on the Cross for your disobedience.

We have all broken God’s basic laws, the Ten Commandments, not just once but many, many times. Our sin has separated us from God. But the good news is, God loves us and offers a wonderful plan for our lives. He sent Jesus Christ as God’s only provision for our sin. Through him we can know and experience God’s love and plan for our life. But, we must individually accept Jesus Christ as Savior and Lord.

If you have not done that yet, this is a suggested prayer that you can use right now to change your eternal destiny:

As a Christian, we will never have to ask the question: “Am I good enough for Heaven?” This is what the Bible says:

But God, who is rich in mercy, because of His great love with which He loved us, even when we were dead in trespasses, made us alive together with Christ (by grace you have been saved), and raised us up together, and made us sit together in the heavenly places in Christ Jesus, that in the ages to come He might show the exceeding riches of His grace in His kindness toward us in Christ Jesus.

raised us up together – That is, we are raised from the death of sin to the life of the Lord, in connection with the resurrection of Jesus, and in virtue of that. So close is the connection between him and you, that his resurrection made yours certain.

made us sit together – Together with him. That is, we share his honors. So close is our connection with him, that we shall partake of his glory, and in some measure do now.

the heavenly places – He has gone to the heavenly world as our Head and Representative. His entrance there is a pledge that we will also enter there. Even here we have the anticipation of glory, and are admitted to exalted honors, as if we sat in heavenly places, in virtue of our connection with him.

in Christ Jesus – It is in connection with Him that we are thus exalted, and thus filled with joy and peace. The meaning of the whole is this:

So in a very real sense, if you are a Christian you have already left this kingdom of darkness that includes the world system, the flesh, and the Devil, and in the Spirit you are already seated with Christ in Heaven!