Our analysis of current news items point to explosive prophetic End Times fulfillment this year. In this post, we explore some critical signs that are indicating the imminent Rapture of the Church. These signs include a revived Roman Empire, the Psalm 38 axis of evil, the rise of the Beast and False Prophet, the Confirmation of the Covenant, and the building of Babylon the Great.

Emmanuel Macron’s coalition of the willing / Politico, May 2, 2018

PARIS — Impatient with German foot-dragging on defense, French President Emmanuel Macron will bring together a 10-nation coalition of the willing next month designed to prepare European armed forces to take action together in emergencies, and to bind Britain into military cooperation as it leaves the EU.

Defense ministers of France, the U.K., Germany, Italy, Spain, the Netherlands, Belgium, Portugal, Denmark and Estonia will sign a letter of intent in Paris in June, officials told me, pledging to develop a common strategic culture, share analysis and foresight on trouble spots that may require intervention and work to coordinate their forces for future operations.

Now a great sign appeared in heaven: a woman clothed with the sun, with the moon under her feet,and on her head a garland of twelve stars. Then being with child, she cried out in labor and in pain to give birth. And another sign appeared in heaven: behold, a great, fiery red dragon having seven heads and ten horns, and seven diadems on his heads. His tail drew a third of the stars of heaven and threw them to the earth. And the dragon stood before the woman who was ready to give birth, to devour her Child as soon as it was born. She bore a male Child who was to rule all nations with a rod of iron. And her Child was caught up to God and His throne. (Revelation 12:1-5)

Let’s break it down:

And another sign appeared in heaven: behold, a great, fiery red dragon having seven heads and ten horns, and seven diadems on his heads.

The dragon is a known emblem of Satan, and his chief agents, or those who govern for him on earth, in the pagan empire of Rome, the city built upon seven hills.

The ten horns refer to the division of the world into ten kingdoms. The seven diadems represent seven forms of government.

Bible prophecy foretells a 10-nation military alliance that will rise out of a revived Roman Empire (the European Union) and will come under the control of the Antichrist (Daniel 7:23-24). This is happening now.

The Psalm 83 axis of evil

Israel and Iran on Path to War as Mideast Tinderbox Awaits Spark / Bloomberg, May 3, 2018

There have been coups and revolutions, external invasions and proxy conflicts, but the Middle East hasn’t seen a head-to-head war between major regional powers since the 1980s.

There’s a growing risk that one is about to break out in Syria, pitting Israel against Iran.

The Islamic Republic’s forces are entrenching there, after joining the fight to prop up President Bashar al-Assad. The Jewish state, perceiving a direct threat on its border, is subjecting them to an escalating barrage of airstrikes. Nobody expects those strikes to go unanswered.

The path to escalation is clear, and the rhetoric is apocalyptic. “We will demolish every site where we see an Iranian attempt to position itself,’’ Israel’s Defense Minister Avigdor Liberman told the London-based Saudi newspaper Elaph, adding that the Iranian regime is “living its final days.’’

In Tehran, Hossein Salami, deputy commander of the Revolutionary Guards, said that “100,000 missiles are ready to fly’’ in Israel’s direction, and warned they could bring about its “annihilation and collapse.’’

God, do not keep silent.
Do not be deaf, God; do not be idle.
See how Your enemies make an uproar;
those who hate You have acted arrogantly.
They devise clever schemes against Your people;
they conspire against Your treasured ones.
They say, “Come, let us wipe them out as a nation
so that Israel’s name will no longer be remembered.”
For they have conspired with one mind;
they form an alliance against You—
the tents of Edom and the Ishmaelites,
Moab and the Hagrites,
Gebal, Ammon, and Amalek,
Philistia with the inhabitants of Tyre.
Even Assyria has joined them;
they lend support to the sons of Lot.

The rise of the Beast and False Prophet 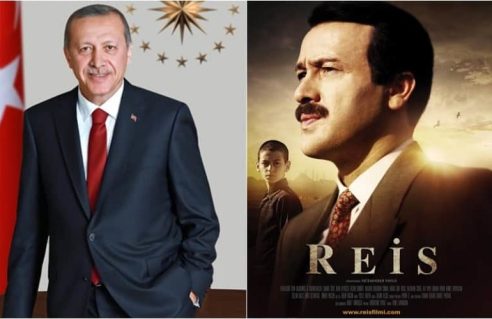 A new movie portraying the early life of Turkish President Recep Tayyip Erdogan has arrived in the cinemas just weeks before a controversial referendum.

The film titled ‘The Chief’ paints a very complimentary picture of Erdogan, prompting questions from critics about the timing of the release. 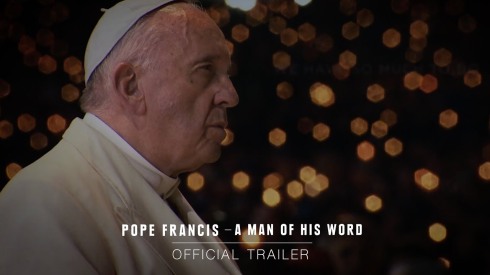 Tuesday was the five-year anniversary of Pope Francis’s election as head of the Catholic Church, and to mark the occasion the world got its first look at a new film featuring the pontiff.

The documentary Pope Francis—A Man of His Word, directed by legendary filmmaker Wim Wenders, will be released in the U.S. on May 18. The idea originated from the Vatican, which wanted a film that offered a more intimate representation of the pope instead of something that was simply biographical.

Now concerning the coming of our Lord Jesus Christ and our being gathered to Him: We ask you, brothers,  not to be easily upset in mind or troubled, either by a spirit or by a message or by a letter as if from us, alleging that the Day of the Lord has come. Don’t let anyone deceive you in any way. For that day will not come unless the apostasy comes first and the man of lawlessness is revealed, the son of destruction. He opposes and exalts himself above every so-called god or object of worship, so that he sits in God’s sanctuary, publicizing that he himself is God. (2 Thessalonians 2:1-4)

The Confirmation of the Covenant

Speaking in the Jordanian capital of Amman as he wrapped up the Middle East leg of his first overseas trip as America’s top diplomat, Pompeo called on the Palestinians to return to long-stalled peace talks with Israel. He said the United States is open to a two-state solution to the conflict if both parties agree, calling it a “likely outcome.”

Most important is to establish a new regional alliance, based on the Arab Peace Initiative first proposed by Saudi Arabia in 2002 that is still valid until today. It would actually be a defense treaty between Saudi Arabia, Egypt, the United Arab Emirates, Jordan and Israel. Its strategic goal would be building a military and technological shield against Iran. It would develop and produce a Star Wars-like project much like President Ronald Reagan’s to forestall and pre-empt the Iranian ballistic nuclear arsenal; this would be the result of scientific and financial cooperation among the member states. This new alliance will have additional defensive tasks in thwarting terrorism and subversion in the Middle East.

To be clear, this indispensable alliance will never be built if the two-state solution is not fully implemented. A clear conclusion from all my meetings across the region in recent years is that there is no Arab leader — no matter how fearful of Iran — who would agree to stand under a defense umbrella with Israel absent this solution, thereby abandoning the Palestinian cause. The solution is a Palestinian sovereign state, in the approximate 1967 borders, demilitarized, with East Jerusalem as its capital.

He will make a firm covenant
with many for one week,
but in the middle of the week
he will put a stop to sacrifice and offering.
And the abomination of desolation
will be on a wing of the temple
until the decreed destruction
is poured out on the desolator.

The building of Babylon the Great 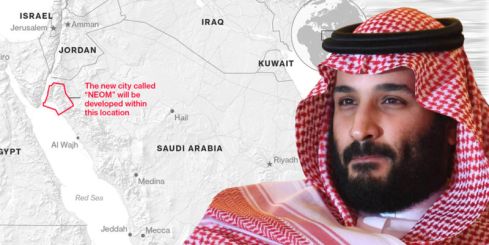 In October 2017, five of the richest men in the world sat next to each other in Saudi Arabia’s capital Riyadh and with childlike excitement talked about their new shared dream: building Neom.

They were on stage at the first edition of the Future Investment Initiative, an event that gathered international business leaders to explore new economic opportunities for a country that hopes to be no longer dependent on oil revenues as it fulfills its “Vision 2030” program.

Neom is to be the grandest manifestation of that vision. A city of the future, the likes of which the world has never seen—except maybe in science fiction books and movies. It is to be built from scratch on 10,231 square miles of untouched land in the northwestern region of Saudi Arabia, including territory from within the Egyptian and Jordanian borders.

It will be an independent zone, with its own regulations and social norms, created specifically to be in service of economic progress and the well-being of its citizens, in the hopes of attracting the world’s top talent and making Neom a hub of trade, innovation and creativity.

Neom will not only become a test case for a zero-energy mega-city (with a size 33 times that of New York), but it will provide abundant opportunities for employment and investments within Saudi Arabia, attracting local and foreign money back to the country. The city’s vision is to be at the forefront of nine key economic sectors, including energy and water, biotech, advanced manufacturing, and food.

After this I saw another angel with great authority coming down from heaven, and the earth was illuminated by his splendor. He cried in a mighty voice:

As you can see, there are a multitude of signs converging, that indicate the imminent Rapture of the Church.

At this point, He said, “What do you see?” I looked down at the pattern on the bed. It was a pattern of budding flowers.

He said, “Open yourself up to praise Me…receive My love…stretch yourself out to Me”.  After that, He said: “My reward is with Me”.

Then I said: “Lord, give me a sign in the heavens or on the earth, so that they will know that this word is from You!” Then I saw a vision of an arm, up to the shoulder, with a gun in its hand. The gun fired two times. The arm was pointing downward. The Lord said: “There will be two shots fired that will be heard around the world. This is a sign, so they will believe that this word proceeded from My throne.”

After He left, I quickly wrote down what happened so that I would have a record of this message. I sent the message to many churches and ministries, but it was mostly ignored. I went on with my life.

In September of 2001, I saw the terrorist attack on the Twin Towers in New York City. I knew then that the Lord confirmed His word. The Lord is coming very soon!