At that time the disciples came to Jesus, saying, “Who is the greatest in the kingdom of heaven?” And calling to him a child, he put him in the midst of them and said, “Truly, I say to you, unless you turn and become like children, you will never enter the kingdom of heaven.” (Matthew 18:1-3) 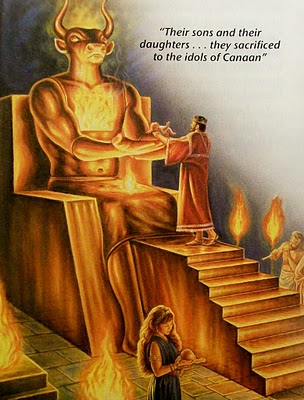 By comparison, more than 50 million babies have been aborted in the United States since the Roe decision in 1973, more than three times the number who were killed in German death camps, Chinese purges, Stalin’s gulags, Cambodian killing fields, and the Rwandan genocide combined.” Alabama Human Life Protection Act, May 15, 2019 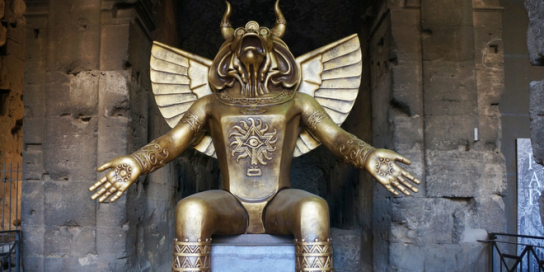 Topheth was the place where children where killed during pagan rituals as sacrifices to Molech, “the detestable god of the Ammonites.” God first warned the Israelites about this practice in Leviticus 18:21: “Do not give any of your children to be sacrificed to Molech, for you must not profane the name of your God. I am the LORD.” The sacrifice of children profanes the name of God because it is the savage destruction of creatures who bears His likeness. It is an act of sedition against the throne of God, an act that demonstrates utmost contempt for what God values very highly.

The sacrifice of children is at its very root an insurrection against the authority of God.

Those who spill the blood of children are repeating the infamous words “Who is the Lord, that I should obey His voice?” The sacrifice of children is also an act of devotion to demons who have established themselves as competitors to the true God.

They shed innocent blood—
the blood of their sons and daughters
whom they sacrificed to the idols of Canaan;
so the land became polluted with blood. (Psalm 106:38)

The fact is, there is a battle raging over every unborn child 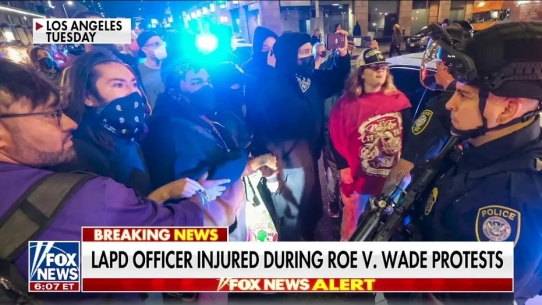 A Los Angeles protest over the leaked U.S. Supreme Court draft opinion that would throw out Roe v. Wade briefly turned into a skirmish with police, who say one officer was injured.

A citywide police tactical alert was declared after a Tuesday night confrontation near downtown’s Pershing Square.

Authorities say about 250 people had been marching peacefully for abortion rights before the clash. LAPD Chief Michel Moore says some demonstrators threw rocks and bottles at officers. One officer was struck with a baton.

There was no immediate word of any arrests and the crowd mostly dispersed after a large police presence was called in.

KEY DEVELOPMENTS IN THE ABORTION STORY:

— Biden says if Roe v. Wade is overturned, other rights could be next

— Chief Justice John Roberts launches an investigation into the leak

— Several state abortion bans would kick in if Roe is overturned

The state legislative battles that could change abortion law after Roe / Washington Post, May 10, 2022 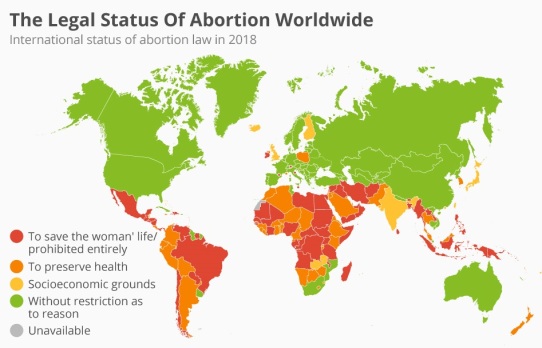 One thing that becomes immediately obvious with the possible fall of Roe v. Wade is that the future of abortion in America will probably be decided by the states.

Abortion could be illegal or very difficult to obtain in about half of states, affecting a majority of women of childbearing age. Some states may move to protect abortion access; others may leave their status quo in place.

But conservatives have the upper hand in all this: Republicans control 62 percent of legislative chambers, compared to Democrats’ 38 percent, according to the National Conference of State Legislatures.

This November, seats in almost every state legislature are up for election. That has Democrats hoping they can harness the abortion issue to unseat at least some Republican lawmakers and potentially change abortion law in a handful of states.

“The landscape for abortion rights is about to change dramatically … state legislatures are at the center of that fight,” said Jessica Post, president of the Democrats’ campaign committee for state legislatures, in a recent briefing with reporters.

Illinois Passes Pro-Abortion Bill: ‘Fetus Does Not Have Independent Rights’ / ChristianHeadlines.com, May 30, 2019 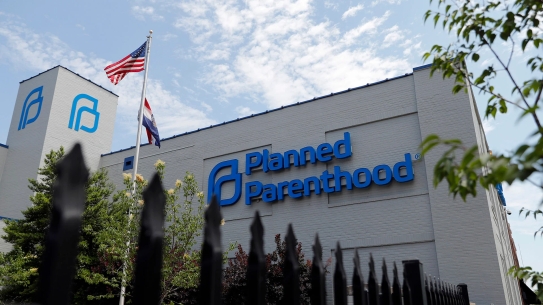 The Illinois House passed an abortion expansion bill Wednesday that calls abortion a “fundamental right,” states the fetus “does not have independent rights” and makes abortion a part of health care.

Live Action, the national pro-life group founded by Lila Rose, said the bill was “inherently worse” than the New York abortion expansion bill that was signed into law.

The text of the bill declares: “Every individual who becomes pregnant has a fundamental right to continue the pregnancy and give birth or to have an abortion.”

The unborn have no rights, it says.

“A fertilized egg, embryo, or fetus does not have independent rights under the laws of this State,” the bill says. 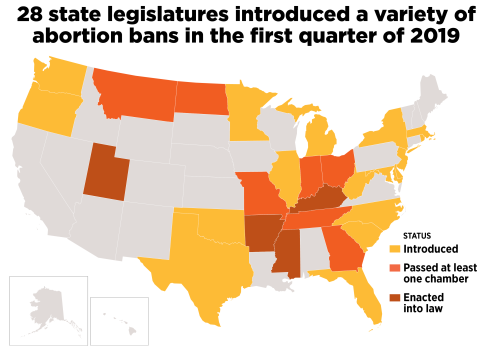 Planned Parenthood kills more than 330,000 unborn babies a year. It was caught selling the body parts of babies it aborted.

Planned Parenthood’s response was to immediately file massive lawsuits to censor the evidence and punish the pro-life investigative journalists who uncovered it.

At 40 million abortions a year, it would only take 25 years to eliminate one billion babies. Since the abortion business really took off around 1960 or so, we have probably eliminated nearly twice that number, or two billion unborn human beings.

Think about it. Over the past half-century, quietly and without fanfare, in ordinary towns and cities, in dozens of countries around the world, perhaps two billion children have been killed. They have died unknown, often unmourned, and acknowledged only from time to time.

Many people fail to appreciate the sheer magnitude of bloodshed, suffering, and death that legalized abortion has introduced into the human experience.

The population of the nation of China is 1,419,000,000. But, the number of aborted is larger than the most populated nation in the world. These two billion murdered children are the “Aborted Nation.”

When does life begin?

Why is there such an End Times push for promoting and funding the wholesale murder of billions?

For decades, some of the world’s most powerful people have meet in secret to discuss global political and economic affairs. This ‘Shadow world government’ meets in secret forums like the Bilderberg Group and Bohemian Grove, and controls every major global decision. The Shadow Government picks world leaders, leaders of major international organizations and sets policies globally and domestically inside nations. They have already decided that population growth must be addressed as a potentially disastrous environmental, social and industrial threat.

Agenda 21 is yet another means to achieve ultimate control. Additionally, as noted by LewRockwell.com, a key component of Agenda 21’s sustainable development is population control, since Agenda 21 seeks to achieve reduced consumption, social equity and the preservation and restoration of biodiversity. Proponents of Agenda 21 and sustainable development believe every societal decision should be based on environmental impact, including land use, education, and population control.

“See that you don’t look down on one of these little ones, because I tell you that in heaven their angels continually view the face of My Father in heaven.”  (Matthew 18:10)

Behold, children are a heritage from the LORD, the fruit of the womb a reward. Like arrows in the hand of a warrior are the children of one’s youth. Blessed is the man who fills his quiver with them! He shall not be put to shame when he speaks with his enemies in the gate. (Psalm 127:3-5)

But Jesus called them to him, saying, “Let the children come to me, and do not hinder them, for to such belongs the kingdom of God” (Luke 18:16)

Is the Lord willing to forgive the mass murder of the unborn?

It may be too late for the world system, but for each individual who has breath, it is never too late for God’s forgiveness. He is rich in mercy to all who call upon Him in sincere repentance. A full pardon for all wrongdoing is available at the cross of Jesus Christ!

Then I saw a great white throne and Him who sat on it, from whose face the earth and the heaven fled away. And there was found no place for them. And I saw the dead, small and great, standing before God, and books were opened. And another book was opened, which is the Book of Life. And the dead were judged according to their works, by the things which were written in the books. The sea gave up the dead who were in it, and Death and Hades delivered up the dead who were in them. And they were judged, each one according to his works. Then Death and Hades were cast into the lake of fire. This is the second death. And anyone not found written in the Book of Life was cast into the lake of fire. (Revelation 20:11-15) 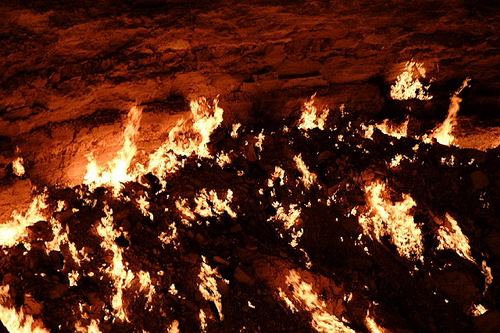 Then He who sat on the throne said, “Behold, I make all things new.” And He said to me, ”Write, for these words are true and faithful.” And He said to me, “It is done! I am the Alpha and the Omega, the Beginning and the End. I will give of the fountain of the water of life freely to him who thirsts. He who overcomes shall inherit all things, and I will be his God and he shall be My son. But the cowardly, unbelieving, abominable, murderers, sexually immoral, sorcerers, idolaters, and all liars shall have their part in the lake which burns with fire and brimstone, which is the second death.” (Revelation 21:5-8)

His requirements are to love God with all your body, mind, and spirit and your neighbors as yourself. He sent Holy Spirit to help us make good choices to keep our lives on the right path towards heaven. 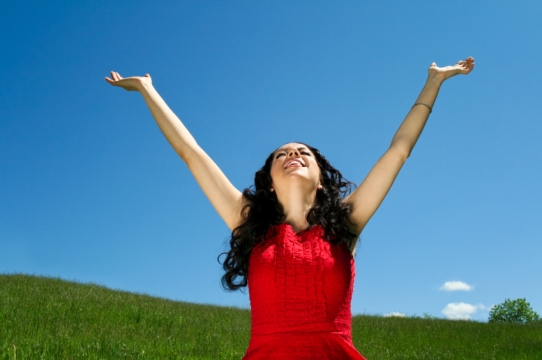 Message is right on time🦅 thank you!!! It needs to be said I hope it spreads far & wide & affects millions!!!

The Abortion Cult has taken root in all Western nations, and it continues to be promoted and FUNDED with taxpayer dollars. Now add to that the fact that sexual perversion of every stripe is being promoted to children in Kindergarten, and you can already see that Satan and his demons have taken control of all aspects of Western society. So the attack on children has recently intensified beyond imagination. Disney has just come out with LGBTQ toys for tots!

We can only do what we can do. God can do all things! What is His purpose for each of us in this? What is our purpose in Him?

“And Jesus looking upon them saith, With men it is impossible, but not with God: for with God all things are possible” Mark 10:27

One thought on “Clockwork Apocalypse: Can We Stop the Mass Murder?”