Only 6 Percent of Americans Hold to a Dominantly Biblical Worldview: Study / ChristianHeadlines.com, April 14, 2021

According to a new study by the Cultural Research Center (CRC) at Arizona Christian University, nearly nine in 10 U.S. American adults hold to a mixture of worldviews, otherwise known as syncretism.

However, when pitted against each other, veteran researcher Dr. George Barna found that 88 percent of U.S. adults hold to a mixture of worldviews instead of adhering to one single worldview. This blend of worldviews is known as syncretism, something Barna says is a “cut-and-paste approach to making sense of life.”

“Rather than developing an internally consistent and philosophically coherent perspective, Americans embrace points of view or actions that feel comfortable or most convenient,” he noted.

“Those beliefs and behaviors are often inconsistent, or even contradictory, but few Americans seemed troubled by that.”

One shocking outcome from the CRC survey is that as low as six percent of Americans dominantly hold to a biblical worldview.

Planned Parenthood Federation of America is announcing 10 new members of the Planned Parenthood Clergy Advocacy Board (CAB). The CAB leads the organization’s national and local advocacy efforts to communicate with communities of faith and religious leaders for access to the full range of sexual and reproductive health care. CAB members serve three-year terms; and new members join annually — reflecting the diverse religious traditions and faith communities across the U.S. that consider reproductive freedom an ethical imperative. Today’s announcement comes at an exciting time, following the recent wave of lawmakers — such as Senator Raphael Warnock, the distinguished theologian and senior pastor of the historic Ebenezer Baptist Church — who proudly champion reproductive rights as a matter of faith.

Christians are the most persecuted group in the world, according to ACN’s Religious Freedom in the World Report 2021, an 818-page compendium of the state of religious freedom and persecution in the world today.

Persecution on the grounds of religious belief is a growing global phenomenon, the biennial report declares, and religious freedom violations have accelerated and expanded to the point where “systematic and egregious attacks are coming from governments, lynching mobs, as well as international terror groups,” such as Boko Haram or the Islamic State.

The report found the populations of 62 countries out of a total of 196 face “very severe violations of religious freedom,” adding that the number of people living in these countries “is close to 5.2 billion, as the worst offenders include some of the most populous nations in the world (China, India, Pakistan, Bangladesh, and Nigeria).”

Moreover, during the past two years since the publication of ACN’s last report, “there has been a significant increase in the severity of religiously motivated persecution and oppression which is the principal category of concern,” the report noted.

The war between Spirit and flesh began with the Fall of Man. Most of the conflict in the Holy Bible is really a battle between those operating by the Spirit and those driven by the flesh. This conflict has intensified in these Last Days, as the countdown to the Rapture nears completion. This war was outlined by Paul:

I tell you about these things in advance—as I told you before—that those who practice such things will not inherit the kingdom of God. (Galatians 5:19-21)

In Paul’s writings, the flesh stands for the natural desires of a person operating apart from God. A person who has not been raised to life spiritually is still “in the flesh.” To Paul, a person who is spiritual is one who has been born by the Spirit, even if that person will occasionally fail to live up to that reality.

The Word of God teaches us that we are spirits that have a soul and live in a body. Using modern terminology, we could say that the soul can be compared to software, and the body is our hardware. For our spirits to interact with the world, we need our body.

What is our flesh?

Then the Lord God formed the man out of the dust from the ground… (Genesis 2:7)

What is the “dust”? Dust is even finer than silt, about 2 microns. Considering the size of our DNA (the nuclear volume of an entire sperm cell containing an entire molecule of DNA, is only about 30 microns) the use of dust to identify man’s body in Scripture is significant. DNA has a crystalline structure. DNA, absent any of the other biological systems that make for a living cell, is nothing more than dust.

Thousands of years before the cell was discovered, the Bible explained that we are made up of microscopic particles.

So God created man in His own image;
He created him in the image of God;
He created them male and female. (Genesis 1:26-27)

The Hebrew language of verse 27 makes it clear that God’s image in mankind depicts humanity as distinct from animals. It is only regarding the creation of mankind that God says, “Let us make man in our own image,” and God only directly breathed into man’s nostrils the breath of life. 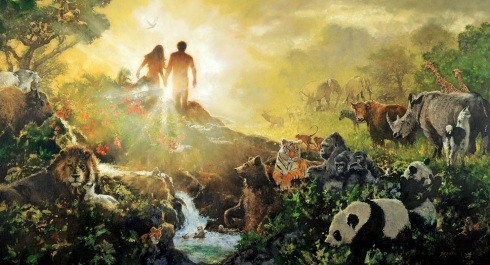 God’s secret for constructing the Universe is the Golden Ratio.

The divine proportion creates a harmony with the environment, contributes survival value to life, and is perceived as beautiful.

Science has proven that the Golden Ratio provides a solid, stable base for function and order in living and non-living systems. The spiral it generates gives rise to self-similarity, and is fractural in nature.

Modern humans reflect this “image of God” in many ways. The Golden Ratio is found throughout the design of Man: 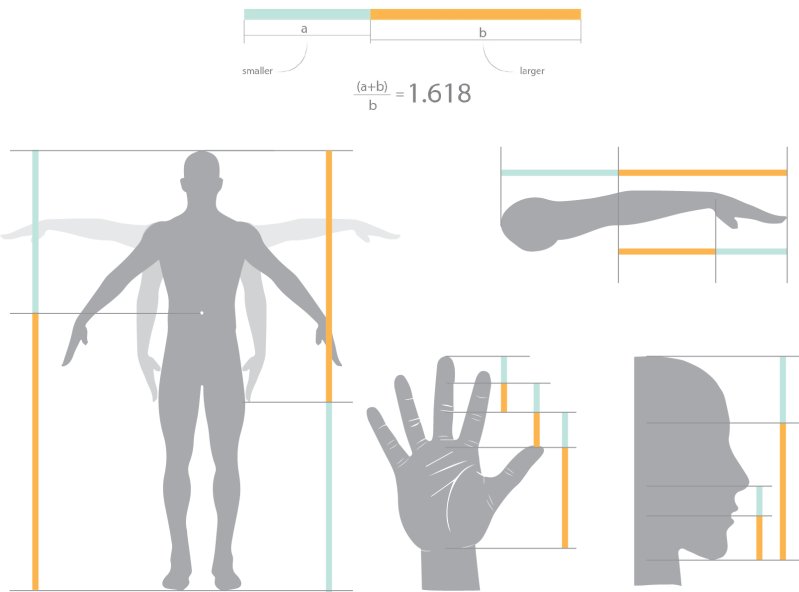 In a new study investigating whether skull shape follows the Golden Ratio (1.618 … ), Johns Hopkins researchers compared 100 human skulls to 70 skulls from six other animals, and found that the human skull dimensions followed the Golden Ratio. The skulls of less related species such as dogs, two kinds of monkeys, rabbits, lions and tigers, however, diverged from this ratio.

There was nothing evil in the design of the flesh of Man.

The war between flesh and spirit did not start until Adam and Eve sinned.

The Lord God took the man and placed him in the garden of Eden to work it and watch over it. And the Lord God commanded the man, “You are free to eat from any tree of the garden, but you must not eat from the tree of the knowledge of good and evil, for on the day you eat from it, you will certainly die.” (Genesis 2:15-17)

There were two trees in the garden. The first was the Tree of Life (a symbol of the Holy Spirit).  The second was the Tree of the Knowledge of good and evil (a symbol of the law).  This was the only tree in the garden that God told them they were not to eat the fruit of. There was no sin until Eve was tempted by Satan (an evil angel) to eat the forbidden fruit of that tree.  Adam followed her in the sin of disobedience to God.  They knew they had rebelled.

They lost their innocence and realized that they were naked. They covered their nakedness with fig leaves. That is when man first sinned (disobeyed the known will of God).  God had to sacrifice an animal to cover their sin and nakedness.  This was the first sacrifice to cover sin, and a lesson from God that the payment for sin will always be death.  They died spiritually and morally and where alienated from God. They transmitted their sin nature to all of their offspring. Since then, sin has remained in the world, all people are sinners, and death remains the punishment for sin.

What is our spirit?

In the Old Testament, “spirit” is ruach, found some 378 times in the Hebrew Old Testament, and literally meaning “breath,” “wind,” etc. The corresponding Greek term is pneuma, occurring 379 times in the New Testament (the original form being found in our English word, pneumonia). 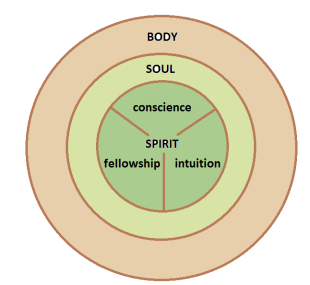 Our spirit is the part with which we contact God and interact with the things of the spiritual realm. The human spirit is our bridge to the Lord. Man was created in God’s image, and when Adam severed himself from his Godly source at the Fall, he became spiritually dead. Those who reject Jesus Christ will remain spiritually dead for all eternity.

But, when God’s Holy Spirit joins with our spirit, we become a part of God’s family.

I will praise the Lord who counsels me—
even at night my conscience instructs me.
I keep the Lord in mind always.
Because He is at my right hand,
I will not be shaken.

Therefore my heart is glad
and my spirit rejoices;
my body also rests securely. (Psalm 16:7-9) 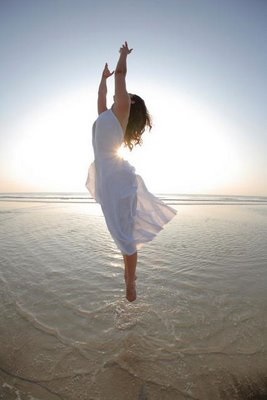 But, when the spirit of a person has been raised to life by the Spirit of God, the old desires of the flesh do not immediately disappear. There is a battle that rages on:

For when we were in the flesh, the sinful passions operated through the law in every part of us and bore fruit for death. But now we have been released from the law, since we have died to what held us, so that we may serve in the new way of the Spirit and not in the old letter of the law. (Romans 7:5-6).

We make a direct connection with God, and complete the purpose of creation, bringing the Lord’s presence right into our lives. We become holy:

But the fruit of the Spirit is love, joy, peace, patience, kindness, goodness, faith, gentleness, self-control. Against such things there is no law. Now those who belong to Christ Jesus have crucified the flesh with its passions and desires.

One thought on “The War between Spirit and Flesh”