First, be aware of this: Scoffers will come in the last days to scoff, living according to their own desires, saying, “Where is the promise of His coming? Ever since the fathers fell asleep, all things continue as they have been since the beginning of creation.” (2 Peter 3:3-4)

Although scoffers have always been a part of this fallen world, Scripture  indicates that, as the Day of the Lord draws nearer, the scoffing will increase. Peter describes these scoffers as “living according to their own desires” and questioning the second coming of the Lord Jesus. Two thousand years have passed since Jesus ascended into heaven, promising to return for His faithful ones. Scoffers point out the lapse of time and mock those who still wait and yearn for His appearing..

In fact, for the majority of the world population, the concept of “the end of the world” is more fantasy than reality. Although the subject of countless Apocalyptic movies and books, most people don’t believe that world events will reach a final climax in their own time.

Religious leaders and scientists have been making predictions for the end of the world almost as long as the world has been around. These are some recent examples:

December 21, 2012, marked the end of the first “Great Cycle” of the Maya Long Count calendar. Many misinterpreted this to mean an absolute end to the calendar, which tracked time continuously from a date 5,125 years earlier, and doomsday predictions emerged. End-of-the-world scenarios included the Earth colliding with an imaginary planet called Nibiru, giant solar flares, a planetary alignment that would cause massive tidal catastrophes, and a realignment of Earth’s axis. 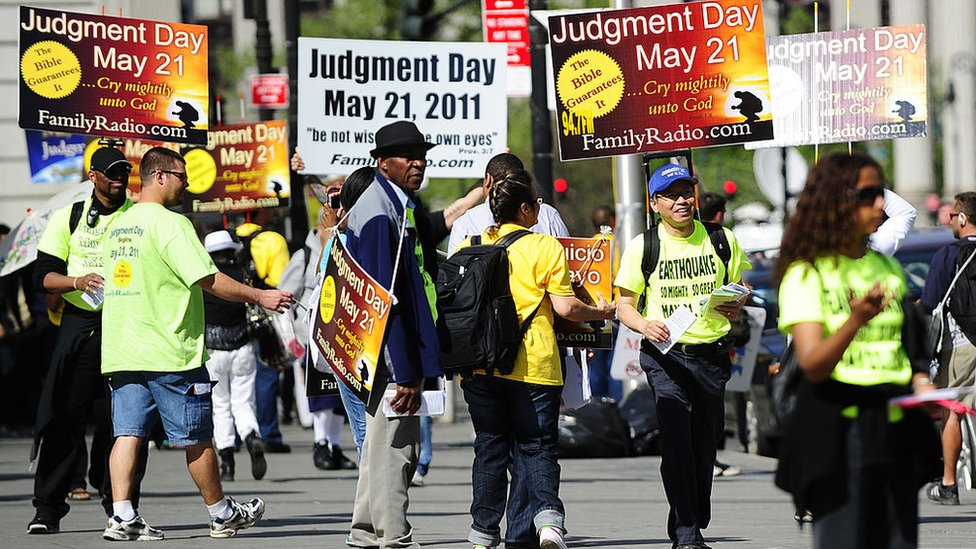 Nobody was really sure what would happen on January 1, 2000, except that it necessitated stockpiling bottled water, D batteries, and guns.

The fear was that computers would not understand the year “00,” reading it as 1900 instead of 2000. Presumably, this would cause the technological universe to collapse.

The millennium came. Everyone was fine. 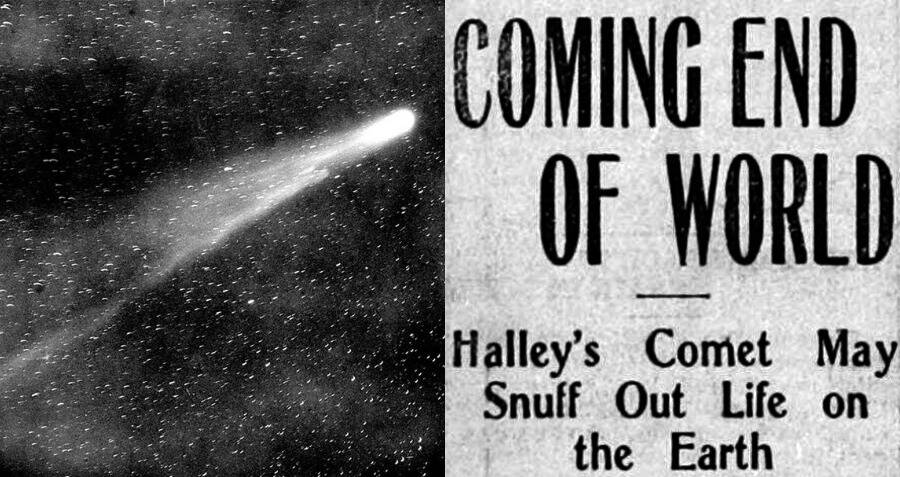 Halley’s comet passes by the Earth approximately every 76 years, but the nearness of its approach in 1910 created fear that it would destroy the planet, either by a celestial collision or through the poisonous gasses it was rumored to contain. A worldwide panic ensued, stoked by the media and such newspaper headlines as “Comet May Kill All Earth Life, Says Scientist.” A group in Oklahoma tried to sacrifice a virgin to ward off impending doom, and bottled air became a hot commodity. The Earth probably did pass through part of the comet’s tail, but with no apparent effect. 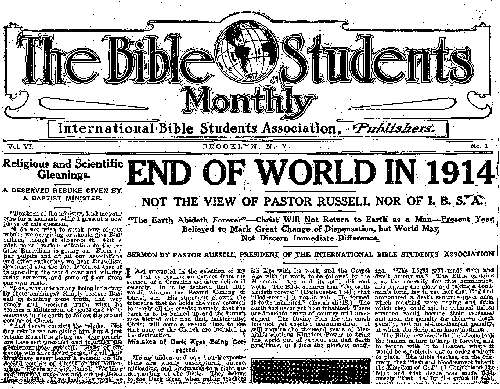 In 1876, Charles Taze Russell, founder of the Jehovah’s Witnesses, predicted that Christ would return in 1914.

Since that prophecy failed, the society has predicted at least seven other dates when Armageddon would occur.

The Reality of the End Times

The Holy Bible makes it very clear that the end will come:

The end of all things is near; therefore, be of sound judgment and sober spirit for the purpose of prayer. (1 Peter 4:7)

Know this first of all, that in the last days mockers will come with their mocking, following after their own lusts, and saying, “Where is the promise of His coming? For ever since the fathers fell asleep, all continues just as it was from the beginning of creation.” (2 Peter 3:3-4)

“There will be signs in sun and moon and stars, and on the earth dismay among nations, in perplexity at the roaring of the sea and the waves, men fainting from fear and the expectation of the things which are coming upon the world; for the powers of the heavens will be shaken. Then they will see the Son of Man coming in a cloud with power and great glory. (Luke 21:25-28)

There are many End Time signs, plainly visible to anyone who is aware and spiritually awake. But, one countdown stands out from the rest. This one gives us a clue for the timing of the Rapture, and the beginning of the 7 year Tribulation:

What is the Lord telling us, through Peter?

The Millennial day theory is a belief in Christian eschatology in which the Second Coming of Christ will occur 6,000 years after the creation of mankind, followed by 1,000 years of peace and harmony. The Sabbath Millennium is believed to be synonymous with the Millennial Reign of Christ that is found in Revelation 20.

The common belief and teaching was that a millennial reign would come after a literal six thousand year reign of Man. The scripture in Revelation is clear on the thousand years:

And I saw thrones, and they sat on them, and judgment was committed to them. Then I saw the souls of those who had been beheaded for their witness to Jesus and for the word of God, who had not worshiped the beast or his image, and had not received his mark on their foreheads or on their hands. And they lived and reigned with Christ for a thousand years. But the rest of the dead did not live again until the thousand years were finished. This is the first resurrection. Blessed and holy is he who has part in the first resurrection. Over such the second death has no power, but they shall be priests of God and of Christ, and shall reign with Him a thousand years. (Revelation 20:4-6)

So, the natural question is, when do the six-thousand years of Man’s self-rule end? Here is the relevant biblical genealogy, formulated and published by the brilliant Biblical scholar Dionysius Petavius in 1627:

Added up, this equals 1,656 years. Now here is the next portion from Genesis 11:

Abram as 75 years old when Terah died and God told him to leave Haran (Genesis 17:1). Abram was 99 when God made the Covenant:

Note: There are inevitable rounding errors due to the 6,000 years of time being calculated, but this date is fairly close. 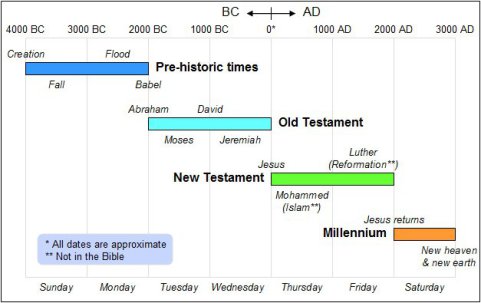 Knowing the approximate year of the creation of Adam, and adding 6,000 years, shows that the Tribulation could not have began any earlier than 2018.

Peter goes on to rebuke the scoffers:

The Lord does not delay His promise, as some understand delay, but is patient with you, not wanting any to perish but all to come to repentance.

But the Day of the Lord will come like a thief; on that day the heavens will pass away with a loud noise, the elements will burn and be dissolved, and the earth and the works on it will be disclosed. Since all these things are to be destroyed in this way, it is clear what sort of people you should be in holy conduct and godliness as you wait for and earnestly desire the coming of the day of God. The heavens will be on fire and be dissolved because of it, and the elements will melt with the heat. But based on His promise, we wait for the new heavens and a new earth, where righteousness will dwell. (2 Peter 3:9-13) 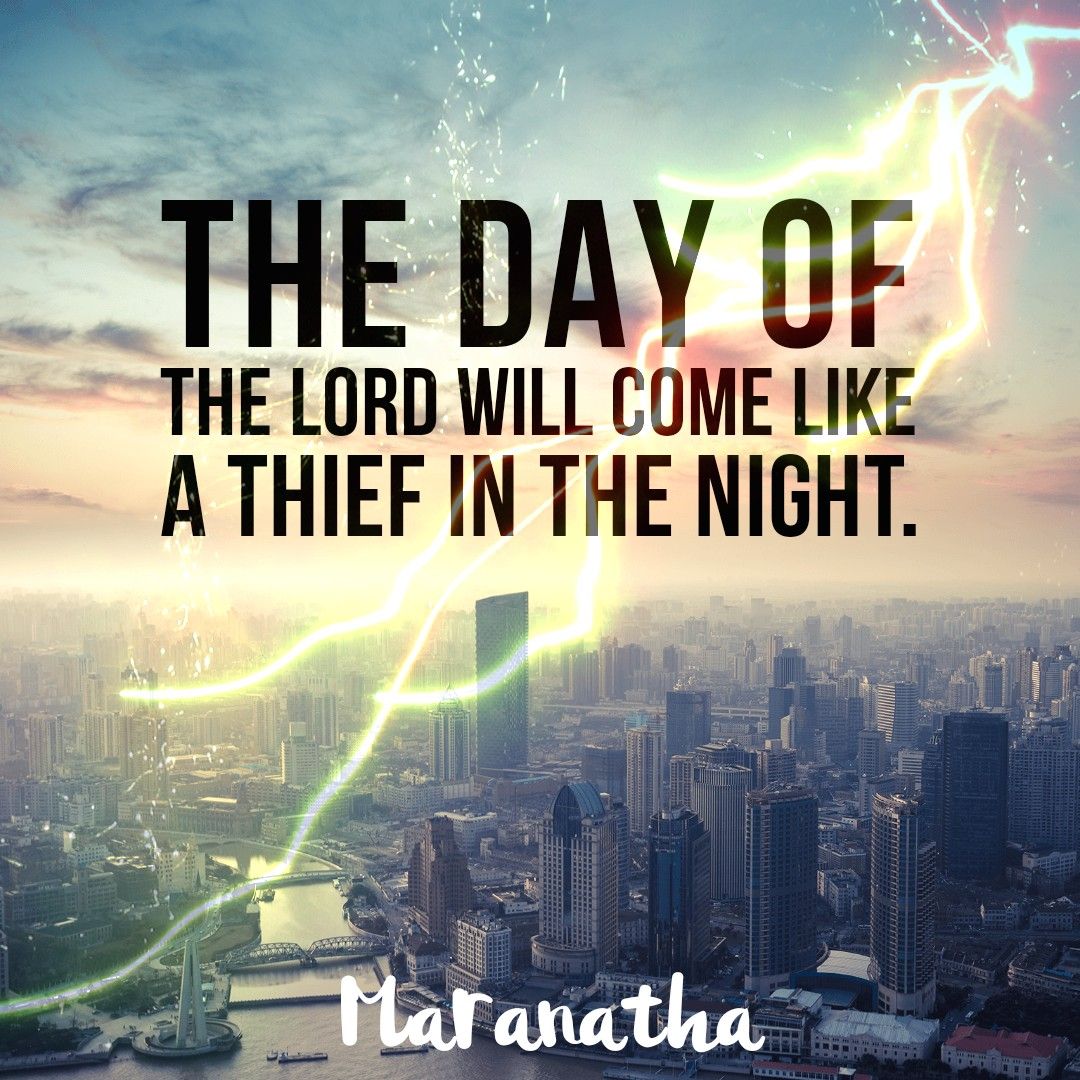 The End Times are coming – and now is the time to be ready!

I do find the Millennial Day Theory interesting, particularly since it has already been about 6000 years since human history began and signs of Armageddon appear all around us.

A wonderful message for these last days – Praise be GOD.

First pic on it is breathtaking!!! Message is really good. Love it

One thought on “Where is the promise of His coming?”