This blog is for discussing current events and how they relate to Biblical prophesy. What are some critical signs are pointing to the imminent Rapture of the Church? Some key signs include:

Now, let’s view some current events under the lens of these signs:

The Rise of the Beast

Turkish President Recep Tayyip Erdogan makes no secret of his yearning for the Ottoman Empire that was abolished by Kemal Ataturk, the founder of the modern republic, with the stroke of a pen. Critics say this nostalgia and Erdogan’s seeming unquenchable thirst for power indicate he wants to become a latter-day sultan with all the position’s glory and accoutrements.

His campaign to endow himself with constitutionally enshrined executive authority — many call it one-man rule — is being cheered on by a real Ottoman princess. 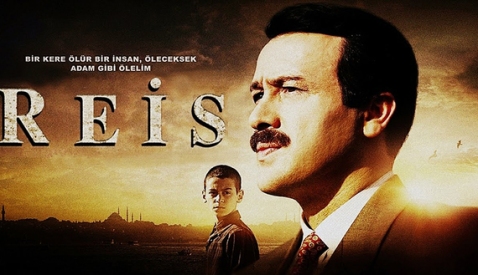 The much-anticipated “Reis” (“The Chief”) — a biopic tracing the life of Turkish President Recep Tayyip Erdogan from childhood to the pinnacle of political power — premieres in Turkish cinemas March 3. Excerpts posted online leave no doubt that the protagonist is a larger-than-life hero. The timing of the launch is likely not inconsequential, coming as it does just weeks before the referendum on constitutional amendments whose sole purpose, in the eyes of many, is the consolidation and prolongation of “one-man rule” in the hands of Erdogan.

Statues are out of fashion these days, but a much more influential form of art is available for the mission: film. “The Chief” is just the beginning. The producer has proudly noted that “The Chief II,” “The Chief III” and several other films are being planned for the series. They will all be launched on Feb. 26, Erdogan’s birthday. After all, his birthday must be a special day for the entire nation.

For the first time ever, the top soldiers of the United States, Russia and Turkey are holding a secret meeting in the Turkish town of Antalya for an urgent two-day effort to avert a clash between their three armies, which stand ominously face to face in northern Syria.

Putin, too, will have chalked up an historic diplomatic and strategic feat. For the first time since the end of World War II, and after years of cold war, the Russian and American armies will come together to fight a common enemy, namely radical Islamic terror, and create an umbrella for the Russian military operation to branch out into Iraq.

Erdogan will also come out ahead of the game. Turkey and its army will become strategic partners in determining Syria’s future and fighting ISIS. And Barack Obama’s departure from the White House will have marked the start of Turkey’s ascent to regional power status ahead of Iran.

The rise of the Beast is accelerating at an ever-increasing pace. Watch as Erdogan achieves his dominance and the revival of his Ottoman Empire.

Leaders of the lower chambers of parliaments of Germany, Italy, France, and Luxembourg published a letter demanding a Federal Union be implemented immediately.

Now is the moment to move towards closer political integration — the Federal Union of States with broad powers. We know that the prospect stirs up strong resistance, but the inaction of some cannot be the paralysis of all. Those who believe in European ideals, should be able to give them a new life instead of helplessly observing its slow sunset.

It’s not just a coincidence that the letter was published in the run-up to the 60th anniversary of the Treaty of Rome signed on 25 March 1957 by Belgium, France, Italy, Luxembourg, the Netherlands and West Germany. The treaty, which eventually paved the way for the Maastricht Treaty and the European Union in 1991, came into force on 1 January 1958.

Indeed, a union of founding nations makes sense as they have always been close. Culture and comparable living standards bring them together to pursue largely the same interests. Belgium, the Netherlands and Luxembourg – the Benelux nations – have long played a key role in European geopolitics. Belgium and Luxembourg formed an economic union as far back as 1921, and talks were underway to create a customs union with the Netherlands in 1944. It’s only natural for the Benelux, France and Germany to continue their integration efforts.

The pope will meet all EU leaders ahead of Rome summit / The Local, March 3, 2017

The pope has already received EU leaders at the Vatican in May 2016 when he was presented with the bloc’s Charlemagne Prize for his contribution to European unification.

In a speech at that ceremony he called on them to “tear down the walls” and build a fairer society.

Invoking the memory of the EU founding fathers’ pursuit of integration in the aftermath of World War II, the pontiff said they inspired because they had “dared to change radically the models” that had led to war.

The pope also made a speech to the European Parliament in Strasbourg in November 2014.

This EU “Federal Union of States” is happening now. It will come together under the approval of Vatican and the Pope – the False Prophet. Stay tuned to further developments, as Turkey is included in this Federal Union.

“One state, two states, I like this state,” Donald Trump joked, turning to visiting Prime Minister Binyamin Netanyahu when they addressed a wide-ranging, friendly news conference Wednesday, Feb.15, at the White House, ahead of their face-to-face talks.
Trump reacted positively to Netanyahu’s proposal to broaden the Israeli-Palestinian peace process to a regional effort as a “very important” new idea “on a broader canvas” which he believed could succeed. Netanyahu said that the regional fears of Iran also presented an opportunity for cooperation against the Islamic State and radical Islamic terror.

DEBKAfile reports that these sentiments reflected agreement in principle between Trump and Netanyahu to seek an Israeli peace accord with Saudi Arabia and the Gulf emirates as the lead-in to negotiations for an accord with the Palestinians. Egypt, Jordan and Turkey with whom Israel already has normal relations would jump in later. This deal fits in with the US plan reported more than once on these pages for a regional peace between the Sunni Arab nations and the Jewish State.

After a year typified by upset victories in sports and politics, some rabbis sees this week’s ‘turnaround’ holiday of Purim leading up to the celebration of Israel’s 70th year as a portal that will open the way for the most impressive upset victory of all time: the Third Temple.

“That is precisely the power of belief that is needed to bring the Third Temple,” Rabbi Apisdorf said. “The belief in things that literally no one saw coming. Judaism today does not even remotely relate to what it will be when the Temple comes, and that could literally be tomorrow. We can’t even imagine it.”

On top of that, Trump’s victory also had clear connections to the Biblical story of Purim, according to Rabbi Lazer Brody, an American-born Hasidic rabbi and teacher.

Rabbi Brody noted remarkable similarities between the new American president and Biblical King Ahashverosh. The rabbi said that despite being non-Jews, both men have Jewish grandchildren, and both leaders were wealthy and powerful, but did not come from political or royal backgrounds.

“After the destruction of the First Temple, it took 70 years for Israel to wake up and build the Second Temple,” the rabbi explained. “After May 14, Israel will be going into its 70th year. This is the year that Israel will go through big changes. It is when we wake up to the real reason we were brought back into the land.”

The White House said in a statement that the two leaders on Friday discussed ways to advance peace throughout the Middle East, including a comprehensive agreement that would end the Israeli-Palestinian conflict.

“The president noted that such a deal would not only give Israelis and Palestinians the peace and security they deserve, but that it would reverberate positively throughout the region and the world,” the White House clarified.

In a statement made by the Palestinian authority, Trump is stated to have said that “it is time we end the suffering which lasted for 70 years.” Abbas responded that they are “committed to peace, as a strategic achievement in an overall effort to found a Palestinian state alongside Israel.”

Palestinian media report PA president heading to Washington next month, a week after he spoke to Trump for the first time.

According to the readout, Abbas told Greenblatt that “he believes that under President Trump’s leadership a historic peace deal is possible, and that it will enhance security throughout the region.”

The US administration is currently said to be weighing how to proceed with a renewed peace effort after Abbas’s visit to Washington. One possibility being considered is a regional summit, to be held in Egypt or Jordan.

The 70 year countdown is almost completed. It is amazing that different political and religious players are all feeling the same impulse.

What is happening in 2017? The rise of the Beast, the revived Roman Empire as the Federal Union of European States – under the umbrella of the False Prophet, and a Middle East Peace Agreement that will inevitably lead to the rebuilding of the Temple.

Look up! Your redemption draws near! 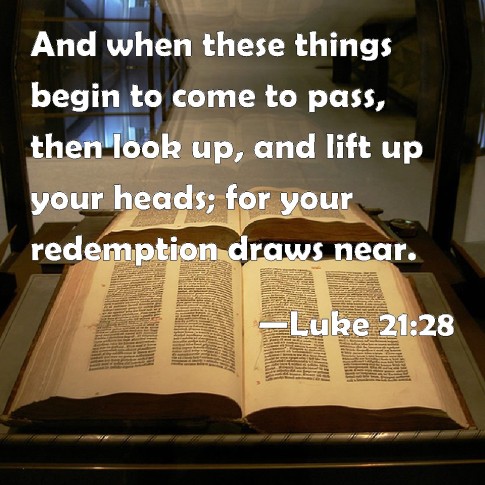